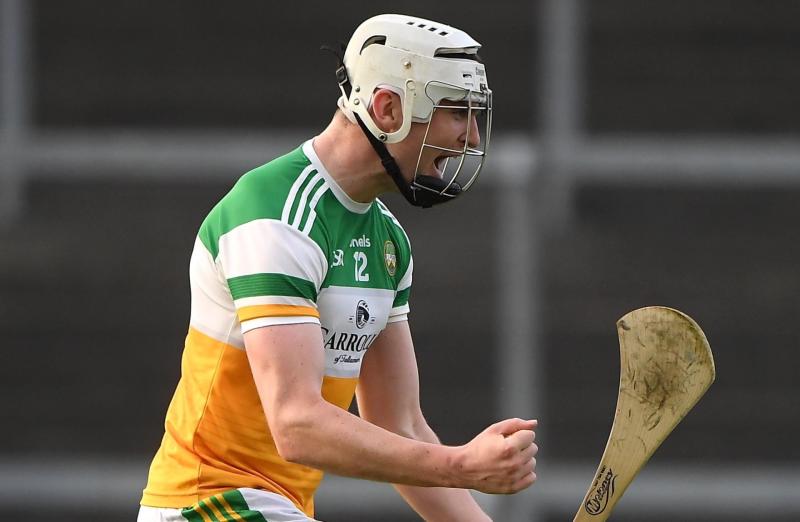 THERE was something almost familarly inevitable about the way Kilkenny evicted Offaly from the Leinster U-20 Hurling Championship in Nowlan Park on Wednesday evening.

Offaly tried fierce hard and gave it their best shot. They competed well for much of the first half but an upset win never looked like emerging and the second half dwindled out very tamely with Kilkenny's safe passage to a semi-final meeting with Galway assured well before the final whistle.

Offaly hung on grimly for a long time but trailed by 2-9 to 0-9 at half time and the writing was very much on the wall for them at this stage.

They will have been reasonably happy with the way they played in the first half and could have been a bit closer but the reality was that Kilkenny had not opened full throttle in a scrappy, mediocre affair.

Offaly went with a containing exercise from the start, dropping a sweeper back and with goalkeeper Mark Troy taking short puckouts. As can happen with those type of tactics, there was a price to pay for Offaly as they then dropped the ball in on top of a spare man in the Kilkenny defence.

It made for somewhat frustrating viewing for spectators and the game never really ignited to life in the first half. The sides were level at 0-2 each after five minutes but a fifth minute goal from Harry Shine, who tapped home after a scramble, gave Kilkenny the initiative.

Offaly tried hard but were very dependant on Lochlann Quinn frees. The Birr marksman got five of Offaly's nine first half points and a couple of them were fantastic long range strikes while he also missed a late one that he will have been disappointed in.

Without doing anything spectacular, Kilkenny led by 1-7 to 0-4 after fifteen minutes but then lost their way and three Quinn frees had the deficit at 1-8 to 0-7 after 22 minutes. Kilkenny responded well and a Billy Drennan free was followed by a 27th minute goal from the same player – the goal was almost a carbon copy of the first as he hit a ground stroke to the net from six metres.

That put Kilkenny 2-9 to 0-7 ahead and Offaly were grateful to get the last two points of the half. Wing back Shane Ryan got a fine one from the wing while Charlie Mitchell got the final one though he really should have been on the sideline at this stage. The talented Kilcormac-Killoughey forward had got an early yellow card and was very fortunate not to get a second after slicing across Timmy Clifford in the 27th minute – whatever about the first one, that was a yellow card offence all day long.

Mitchell was taken off at half time, probably because he was in card trouble – he had been struggling to get change out of the Kilkenny defence but had got a nice point before the interval and him and Luke Nolan were the only visiting forwards to score from play in the first half.

Ronan Cleary was also replaced at the break and Kilkenny pulled clear early in the second half. They had missed a good bit in the first half, hitting three wides and dropping a few short as well but they hit the trarget more regularly from the restart – Offaly hit eight wides in the first half and were also wasteful. The winners had 2-14 on the board before DJ McLoughlin got Offaly's first second half point, their tenth, in the 40th minute.

The result was never an issue in the second half as Kilkenny operated in a comfort zone. They got some good scores but rarely hit top gear. They were 2-18 to 0-11 ahead inside the last ten minutes. Offaly got four of the next six points before Kilkenny sub Jack Doyle sub got in for a good goal. Luke Nolan, who was one of the Offaly players who kept going when the game was gone, got a deserved injury time consolation goal, not that it made one bit of difference to them.

It was a game that once again showed the challenges facing Offaly hurling. Their commitment levels were generally good, though some players didn't work as hard as they could in the second half, but they were never in with a shout of a win. Instead Kilkenny won very easily while giving the impression that they had plenty more in the tank.

Conor Hardiman, Sam Bourke, Luke Nolan, DJ McLoughlin and Lochlann Quinn were among the Offaly players who impressed at different stages but overall, it was a very forgettable evening for them.

Billy Reid (Kilkenny): All the contenders here were in the black and amber of Kilkenny. Padraic Moylan and Joe Ftzpatrick really impressed in their defence while Harry Shine again showed his quality up front. Wing back Billy Reid gets the nod. He defended solidly and got forward very well, shooting three points as well as having a wide that should have been over.