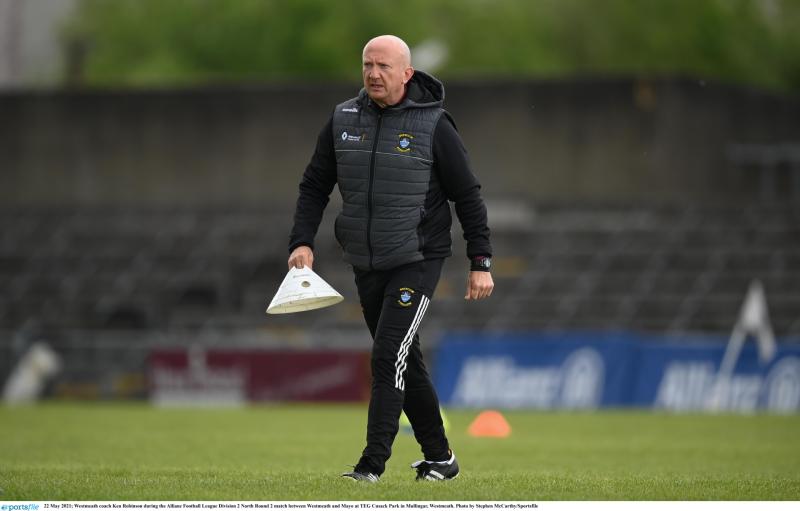 EDENDERRY GAA Club have come up with a very interesting appointment as their new senior football manager. Dubliner Ken Robinson will replace Declan Cummins for the 2022 season and he brings a wealth of experience with him to the role.

Robinson is very well known in the sporting world through his role as chief executive of sport in Dublin City University and he has won widespread praise for the work he has done there.

He has an impressive CV in GAA management roles. He was a coach with Jack Cooney and Westmeath senior footballers last year and was a key part of the management that led Dublin to All-Ireland senior ladies football titles in 2017, '18, '19 and 2020. He was the Ballymum Kickhams coach when they won the Dublin and Leinster Senior Football Championship titles in 2012, losing the All-Ireland club final in 2013.

In his DCU job, he is responsible for facilities, programmes and services within their high performance operation. He is also a lecturer on sports management at UCD.

Robinson's target with Edenderry will be straightforward – to win the Offaly Senior Football Championship title. Edenderry have a lot of talent but will be hoping that their star forward Cian Farrell will get back during the campaign. Farrell got a cruciate operation late last year and will have a nine month recovery from that – he could make it back in the latter stages of the championship if Edenderry are still in contention.

Edenderry flattered to deceive last year. They looked to be going well but suffered a disappointing quarter-final defeat by Ferbane. They had made a flying start but the loss of Farrell to that cruciate injury was a blow that they didn't recover from and Ferbane went to town on them in the second half as they won by 3-11 to 0-14.

Lee Pearson and Rory Egan were star members of the defence on the Offaly side that won the All-Ireland U-20 Football Championship last year while Jordan Hayes is a key member of the Offaly senior football side and Mark Abbott came on in the O'Byrne Cup defeat by Dublin last week.

Edenderry last won the Senior Football Championship in 2015 and are hungry for success.