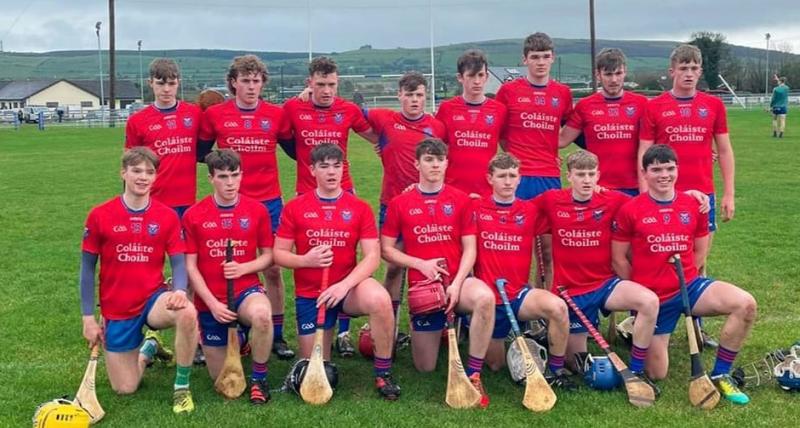 A fine second half display helped Colaiste Mhuire of Johnstown see off a wasteful Colaiste Choilm, Tullamore side in the Preliminary Round of the Leinster PP B Hurling Championship in Fenians GAA club on Monday afternoon.

Tullamore ended up with 16 wides in total during a game that was played in difficult conditions as their Kilkenny opponents proved to be much more economical in front of goal.

Playing against the breeze in the opening period, Johnstown only trailed by two points but it was a half dominated by the Offaly school and while they hit 10 wides they also missed a couple of great chances for goal.

Johnstown eventually made Tullamore pay in the second period as they outscored Colaiste Choilm 0-10 to 0-4 with Damien Corbett the star in attack for the winners.

Johnstown came into the knockout clash as strong favourites but a Tullamore side that included Offaly senior hurling panel member Sam Bourke were out of the traps the quicker and after points from Niall Furlong and Daniel Bourke they moved into a 0-3 to 0-0 lead.

Johnstown opened their account with a Padraig O’Geary effort in the 10th minute and further points from Damien Corbett and Darragh Queally left the sides on level terms.

Tullamore then created a couple of excellent goal chances on the cusp of the opening water break with Joel Troy having a shot saved while Daniel Bourke also shot wide.

As a result the sides were tied at 0-3 each at the mini-break but again Tullamore threatened the Johnstown goal in the 21st minute and although he was bearing down on goal, Troy was again thwarted by Johnstown stopper Billy Garrett.

A Damien Corbett free then pushed Johnstown in front for the first time but Tullamore replied with four points on the bounce as a trio of Daniel Bourke efforts were added to by a well taken score from play by Troy.

Corbett then knocked over his third free of the half for Johnstown as Tullamore led 0-7 to 0-5 at the interval.

The second half commenced with Corbett and Bourke swapping early points before Johnstown reeled in the Tullamore advantage when Corbett and Evan Landers found the target to level up matters.

A 42nd minute Bourke free edged Tullamore back in front and while Corbett had an attempt at goal brilliantly saved by Kieran Connan at the other end of the field, Johnstown soon made their chances pay with points from the aforementioned Corbett and Darragh Queally seeing them lead 0-11 to 0-9 at the halfway mark of the second half.

Corbett with his eight point of the game then pushed the margin out to three points before Harry Plunkett replied from play for Tullamore.

Tullamore still had chances to hit back in the final quarter but they will look back on a host of missed opportunities with Dan Ravenhill missing a couple of crucial frees.

Johnstown were much more reliable in attack and they saw out the game well during the latter stages with  points from Corbett and Alex Burke coming before a fine effort from midfield by Liam Hayes.

Full back Sam Bourke pointed a free in stoppage time for Tullamore but the clock was very much against them at that stage as Johnstown won out on a 0-15 to 0-11 scoreline.