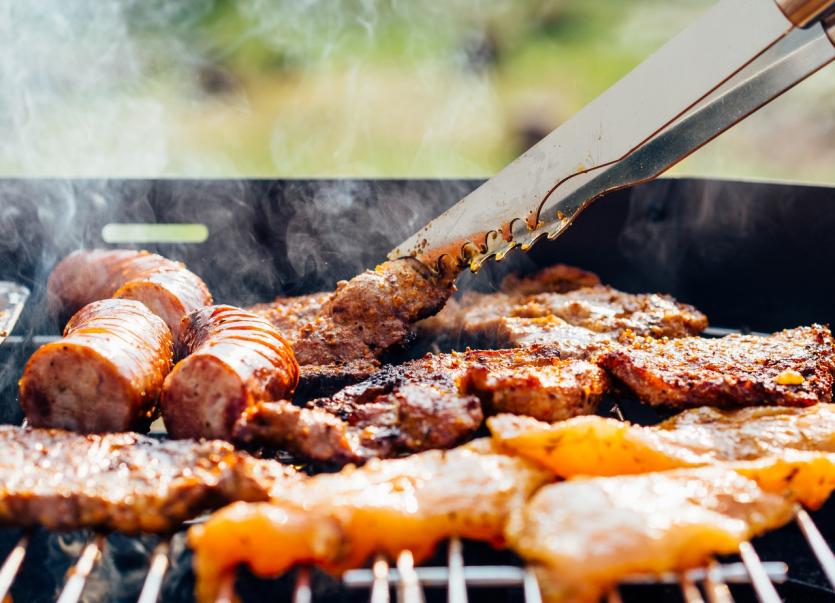 As the weather gets warmer 56% of people in Offaly are getting ready to fire up their BBQ this summer.

Research, conducted by SuperValu, has dived into the BBQ habits of the Offaly public and reveals some interesting food findings.

According to research people of Offaly are creatures of habit, with 50% stating they cook the same food every time they BBQ, with burgers (85%), sausages (81%), chicken (72%) and ribs (26%) the first meats they throw on the barbie.

Surprisingly only 26% of Offaly natives plan on cooking one of the most delicious cuts of meat, a steak, on the BBQ this summer.

Nationally, those aged between 45 and 54 years are the most adventurous grill masters, disagreeing that they always grill the same foods when they BBQ. Over the coming months, SuperValu is encouraging Offaly to #LoveMeat and think outside the box not only for BBQs but for all their summer meals.

Irish meat, and in particular Irish beef, is recognised for its quality across the globe and SuperValu’s survey results determined quality of the meat as the most important consideration (55%) for Offaly consumers deciding on what meat to purchase, followed by value (17%)and range of meat available (16%). Irish Beef is one of the most popular choices of meat and SuperValu’s beef is sourced from over 16,500 farms across Ireland.

Survey results also highlighted that getting the best and freshest meat (66%) is why Offaly people chose to buy meat from the butcher counter in a supermarket. SuperValu stores in Offaly have two butchers working across two stores with over 50 years of combined experience so shoppers are guaranteed the best advice at the counter. When visiting their local SuperValu butcher, the people of Offaly continue to opt for Striploin Steak as their beef cut of choice, followed closely behind by Sirloin.

Commenting on the benefits of Irish quality meat in the diet Dietician, Aveen Bannon stated, “Meat, and in particular Beef, is not only a good source of protein but an important source of nutrients. Beef is rich in Iron and Vitamin B12 and can be part of a healthy balanced diet. However, quality is crucial when buying beef so ensuring you buy the best possible beef from a butcher you trust such as your local SuperValu Butcher is important.”

SuperValu serves over 2.6 million customers every week and has 220 stores nationwide. Together with its retail partners, SuperValu employs approximately 14,500 colleagues, making it one of the State’s largest private sector employers. SuperValu continues to source locally wherever possible which helps to sustain 30,000 jobs in the Irish economy.

For further BBQ and meat inspiration, visit the SuperValu website, www.supervalu.ie or check out Facebook\SuperValuIreland for a host of delicious and healthy recipes to spice up your summer meals from BBQ Beef Brisket to Beef Tagine with Cous Cous.

For your next BBQ get adventurous with your meat feast and visit your local Offaly SuperValu butcher for advice in: