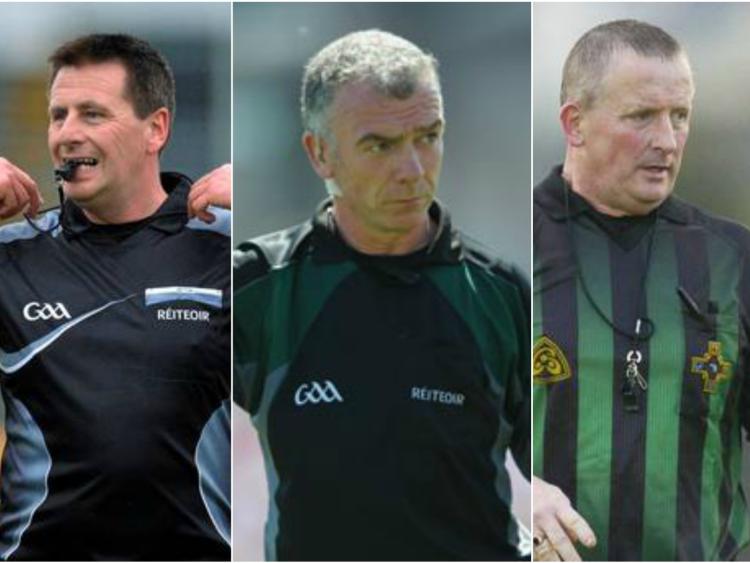 10 things we all shout at GAA referees from the stand

1. How many steps?
When the referee can't get a handle on the rule determining how many steps a player can take. That's the nice way of putting it. Alternatively, it's a question posed when the exceptional player on the other team has literally taken one step. Call it early and call it often and there's a better chance of a whistle.

3. Where's the fecking linesman?
You're at an U14 league game in the middle of nowhere and you come up with this gem when the referee fails to recognise that the ball that's just clanked off the gutter of the clubhouse was in fact out of play. I have heard referees retort with, 'Ask the county board,' to which we ultimately nod in sympathy. Linesmen at these games are usually parents, one from each side, who end up in a barging match over every innocuous line ball. Arms pointing everywhere – what's the ref to do? Line ball decisions quickly turn into a lucky dip.

4. How's that not a card? (Are you blind or what?)
Yellow. Red. Black. It doesn't matter to us. A tackle has landed on your best player and you want retribution. Whether it was a fair tackle or not, the question will be asked. 'Sure, good players like him need protection for feck sake.'

9. Would you ever go and f**k off?
Not technically a question, but a staple of the hardened GAA fan nonetheless. This rhetorical question has no parameters whatsoever and is dished out for all occasions, whether the referee has wrongly booked a player on your team, or has brought a free closer to goal after the foul-mouthed protest.