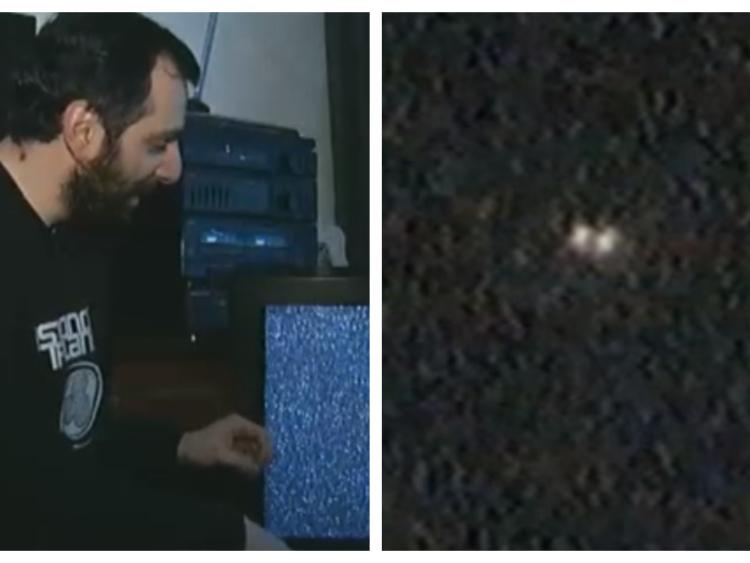 ON THIS DAY: 'UFO' mystery in Edenderry attracts attention from RTE

It is 31 years since a mysterious light show above Edenderry attracted the attention of the RTE cameras.

In 1988, the Cahill family captured the mysterious flickering light in the sky and it was later described as unexplained for the RTE News cameras.

RTÉ News called on space expert David Moore from Astronomy Ireland to examine the image. He examined it on film and suggested the light was caused by an aircraft coming directly at the observer and flickering through the camera lens.

"It’s two bright lights coming towards the operator," he said.

This segment was orginally broadcast on RTE News on April 23, 1988. You can click here to view the report.