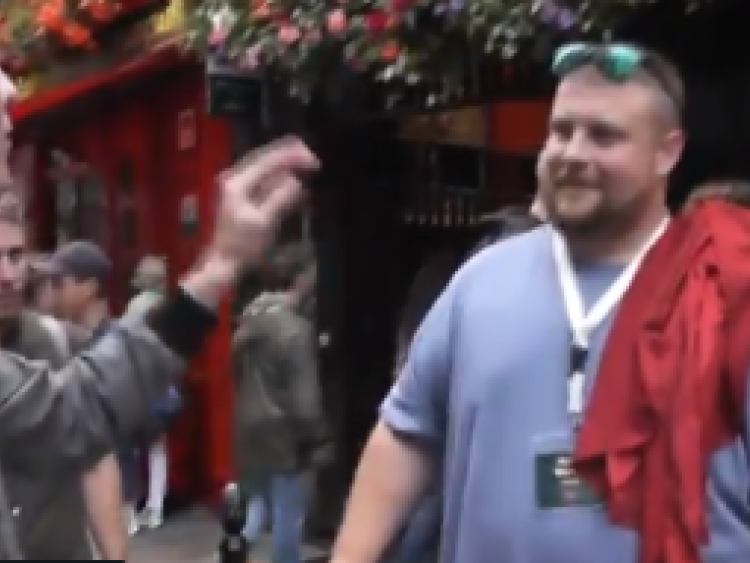 WATCH: Offaly magician frightens the life out of American tourists in Temple Bar

An Offaly magician has been mesmerising tourists in Temple Bar in recent days.

Evan Dunne from Rahan took to the old cobbled streets to show off his abilities as a mentalist as well as a magician, pitting his wits against an unsuspecting American tourist.

The video shows Evan reading the man's Debit Card pin number from his mind in a brilliant clip.

Using a number of tactics, Evan manages to guess the four digits without making a single mistake, much to the bemusement of his subject.

Evan is available for private bookings for debs, graduations, weddings, and events, so if you want to add a unique element to your next occasion, head over to Evan's Facebook page now.

Alternatively, you can email Evan directly at evandunne98@gmail.com.