SNOW SPORTS - How to get your sporting fix during the blizzard 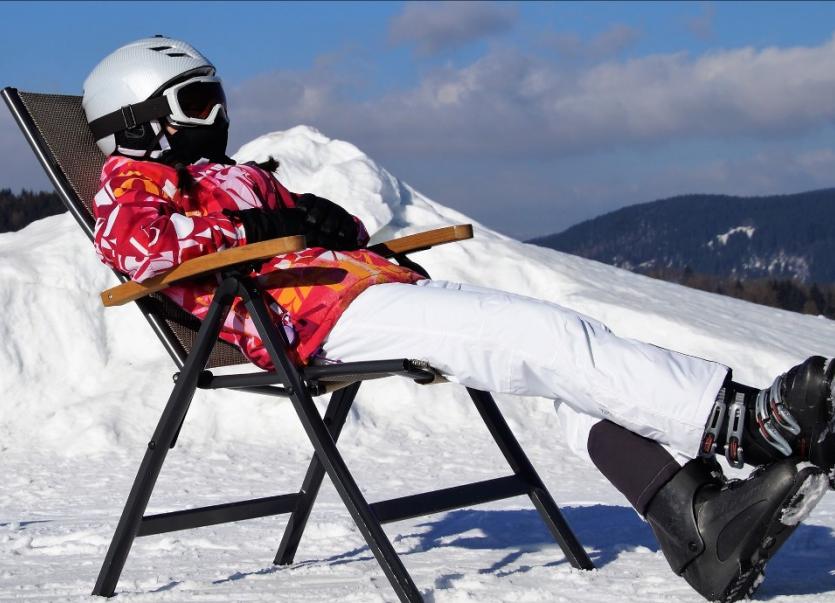 With all sporting action for the foreseeable future likely to be called off, you'll have to find a sporting fix from the comfort of your own home for the next few days.

So, with that in mind, here are a few recommendations for documentaries, films, podcasts and books to whittle away the forthcoming storm.

Description: A keen amateur cyclist decides to start doping, under medical supervision, to see how big a difference it can make. Then he gets introduced to a Russian doctor. Then things go crazy.
Watch it Because: At times, it's hard to believe this was real life.

Description: A peek into the world of ultra marathons, based around the Barkley Marathons held in the wilds of Tennessee each year. Some years, no one finishes the race it's so tough. But people keep turning up (once they figure out how to apply).
Watch it Because: The organiser, Gary Cantrell, is such a truly unique individual, and the race is BRUTAL. The entry requirements, the route, and the demands on the runners are, simply put, bizarre.

Description: Netflix get access to Juventus for a full season, and chart their progress through Serie A and the Champions League.
Watch it Because: So much of professional soccer these days is confined to press conferences and player interviews on the club website, it's rare you get a peek into the heart of a club.

Description: A docu-series rather than one-off film, it charts the fortunes of the American Football team in East Mississippi Community College. They target troubled players either overlooked by big colleges, or kicked out of them. If you're playing for EMCC, it's pretty much your last chance to make a go of it.
Watch it Because: It's fascinating to watch the different players either give themselves a chance at redemption, or fall foul of their own flaws to waste a golden opportunity.

5. Under an Arctic Sky

Description: A group of surfers decide to head to northern Iceland looking for the perfect wave. A huge storm rolls in, and things get dicey.
Watch it Because: It's lads trying to surf in Iceland! Iceland!

Elsewhere on the Web

Description: A brilliant documentary charting the glory years of club basketball in Ireland in the 80s, including interviews with Deora Marsh, Kelvin Troy and Dave Hopla. It's easy to forget just how big a deal basketball was back than. Things are certainly on the up for the sport in Ireland once more, which makes it a great time to watch this documentary.
Watch it Because: The stories from Kelvin Troy and Dave Hopla of their first days in Ireland are hilarious.

Description: A long documentary, well over two hours, charting the travails of two young basketball players as they try to navigate high school and make it to college and, ultimately, the pros.
Watch it Because: It is one of the greatest documentaries ever made, it just happens to be about sport.

Description: One from the brilliant 30 for 30 series by ESPN, this is, at it's most basic level, the story of two friends - Vlade Divac and Dejan Petrovic - who fall out. But there is so much more to it than that, including war, politics and heartbreak. A brilliant documentary.
Watch it Because: It's a story worth telling, told well. If you can find any other 30 for 30 documentaries on the web, check them out, they are all worth a look.

We're gone back to Netflix for a few sport films to have a gander at.

Anyone who saw Rocky 3 or Rocky 4 would have been dumbfounded that the series kept going. But the last installment is probably the best since the 1979 original, as Rocky is approached by the son of his old chum Apollo Creed to become his trainer. This film really shouldn't work, but it does.

A huge topic in sport nowadays, and here Will Smith plays the role of Dr Bennet Omalu, a forensic pathologist who discovered CTE, the condition which affects people who suffer repeated concussions. Rugby, Hockey and American Football players beware.

Another fighting film, this one stars Tom Hardy and Joel Edgerton as two brothers who have fallen out of touch, and brotherly love is scarce as well it seems, who both end up entering a cage fighting competition. As you do.

There are plenty of podcasts which deal with the day-to-day rolling sports news, so we've picked out two below which offer a different insight.

With ESPN still churning out documentaries, they have taken them into the medium of podcast now as well, and they are every bit as entertaining. There are two series available, with highlights being 'No Rules: The Birth of UFC', 'Yankees Suck' and 'The Fighter Inside'.

Bear with me here! Not a sports podcast by any means, but they have featured different sports men and women over the years, and some of the interviews are brilliant. The episodes with Tony Adams and Nigel Owens are must-listen podcast fare, but be warned, they can cover some quite heavy material. Climber Joe Simpson is another worth looking for, and there is huge back catalogue of podcasts to browse through.
(If you stray away from the sports episodes, David Nott, Tom Hanks and Chris Hadfield are all worth a listen)

Obviously, you can't go to the shop and buy a book in this weather, but if you have a Kindle or some other form of e-reader, check these out. They're not all from the latest bestsellers list, but rather a cross section of different sports books you may or may not have heard of before.

A brilliant book that shocks you from the opening pages and never stops entertaining until the last. A classic at this stage, if you haven't read it yet, dive right in.

2. The Warrior's Code by Jackie Tyrell

GAA books can be a bit dull at times, but Jackie does a fine job here with the excellent Christy O'Connor. The passage recounting his meeting with Brian Cody as he contemplates retirement is telling.

A story of redemption from a Welsh rugby icon, Thomas does an excellent job of documenting his battles with depression and search for acceptance, a battle which very nearly resulted in his own death.

4. Today We Die A Little: The Rise and Fall of Emil Zatopek

If you haven't heard of Emil Zatopek before, or know of his amazing life story, then you have to read this book. One of the great Olympians of all time, he remains the only athlete to ever win the 5,000m, 10,000m and marathon at the same Olympic Games. That only scratches the surface on a remarkable life story, however. Well worth a read.

If you have a passing interest in running, then you'll have heard of McDougall's other book, Born To Run. His follow up takes us to Crete, and the story of the locals as the engaged in a guerilla war with the Nazis in World War 2. As with Born To Run, there are sections devoted to the diet and lifestyle of the locals, which can be a bit preachy, but it's still a good book.

6. Back From The Brink by Paul McGrath

A haunting, disturbing account of the troubled life of an Irish sporting legend. From a childhood in care to an adulthood of alcohol addiction, this isn't an easy read, but is compelling all the same.

7. Four Iron In The Soul by Lawrence Donegan

A pro golfer, Ross Drummond, allows Donegan to caddie for him for a year on the European Tour in 1996. While Drummond doesn't exactly set the world on fire, Donegan does produce a great book from the rare view of inside the ropes, and inside the player-caddie relationship.

8. Boys Will Be Boys: The Glory Days and Party Nights of the Dallas Cowboys Dynasty by Jeff Pearlman

It's almost hard to believe what the Dallas Cowboys got up to back in the 1990s, as on one hand they dominated the NFL, and the other seemed to be in a headlong rush for self destruction. Not for the easily offended!

It's the mid 1990s, you're a scrawny Englishman looking for something to do, so what's the logical next step? You go to Tokyo, of course, and sign up to a year-long intensive course of Japanese aikido. Then you write a book about it.

There are plenty of books written about sportsmen and women who made it to the top of their fields, but what about those who are within touching distance of the big time, only to see their dreams disintigrate? Paul Lake was going to be the next big thing for Man City until he got injured in 1990, and his career unraveled from there.