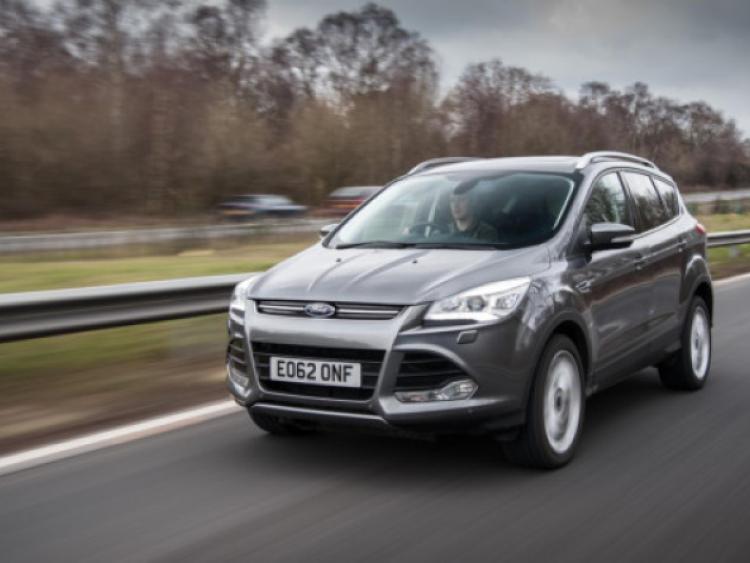 Historically Ford is rarely first to market with a segment-busting model, but when it does make the leap the results are often enough to silence even the harshest of critics.

Historically Ford is rarely first to market with a segment-busting model, but when it does make the leap the results are often enough to silence even the harshest of critics.

The Blue Oval’s first generation Kuga ‘soft roader’ was a good example of this working practice. It wasn’t the first out of the traps but it was a cracking effort.

With this second generation Kuga, Ford hopes it can maintain its high profile presence in what’s rapidly become a fiercely competitive market. For many the SUV has become the preferred choice over more traditional large family saloons and estate cars, and as engine technology has improved so running costs have tumbled to best those of more conventional alternatives.

Visually an evolution over its predecessor, this Kuga mirrors many of Ford’s current range-wide design themes. Certainly, it delivers a sharper-suited and more upmarket ‘look’, which is Ford’s plan. The same is true inside, with dark materials and glossy trim helping to promote a premium ambience that’s noticeably above its price point. Factor in the Focus-like cabin design and switchgear and it doesn’t take long to feel at home.

As a crossover vehicle, it’s not just about styling but capability too. While there’s no high-low range transmission or fancy hill descent control to save your blushes on tricky terrain, a part-time all-wheel drive system is being offered alongside a front-wheel drive option.

The former works in the background and requires no extra input from the driver. By default the Kuga is a front-drive car, but when the electronics detect changes in grip levels as much as 100 per cent of the available power can go to the appropriate axle. The only indication you have is a nifty little display showing where the power’s going.

Don’t expect Land Rover levels of competence when off-road, but slippery grassy fields and gravel tracks shouldn’t pose a problem. Likewise, anyone who tows trailers or caravans will welcome the extra ‘on demand’ traction even in the dry.

Predictably, though, the Kuga performs at its best on the road. Pitch and roll has been kept to a pleasing minimum despite the high-sided nature of the car, while ride comfort is good even on the larger wheels available on high-spec variants. The Kuga’s lofty driving position will, unsurprisingly, appeal to many buyers, and the car’s weighty steering allows you to accurately and confidently position it on the road.

A lot of the praise for the Kuga’s performance can be directed at the engine line-up. Diesel dominates this market, and Ford’s 2.0-litre unit is available in two different states of tune: 140bhp and 163bhp. Smooth, refined and potent, this family of engines offers a good blend of performance and refinement. As you’d expect, the latter is the one to have if you want the best of everything and, coupled with Ford’s optional direct shift six speed semi-auto gearbox it delivers a relaxed and unhurried experience that should appeal especially to the leisure and caravan market.

The low power diesel can also be had in front-wheel drive form, as is also the case of the 1.6-litre turbo petrol option. In 150 horsepower trim the petrol Kuga is front-drive only, while a 180 horsepower version complete with auto gearbox gets the full all-wheel drive treatment.

With Ford’s powertrain expertise a given with every new release, it has to try harder elsewhere to impress. How about a powered tailgate that opens and closes when you wave your foot under the rear bumper. It’s not as daft as it sounds, and it’s a welcome feature to have when your hands are full with shopping.

Elsewhere, the Kuga can be had with varying levels of active safety kit that mirrors what’s already been seen in the Focus such as intelligent cruise control and lane-keep assist. On the fun side, the likes of high end audio, sat-nav, Ford’s SYNC multitasking mobile phone interface make life easier, as do the standard fit clever fold-flat rear seats and adjustable boot floor.

Dynamically engaging, easy on the eye and available with a wealth of value-added comfort and safety kit, Ford’s second generation Kuga is a well-rounded evolution of an already popular SUV. Despite the increased competition in the soft-roader sector, the Kuga has the engineering strength and visual appeal to succeed.