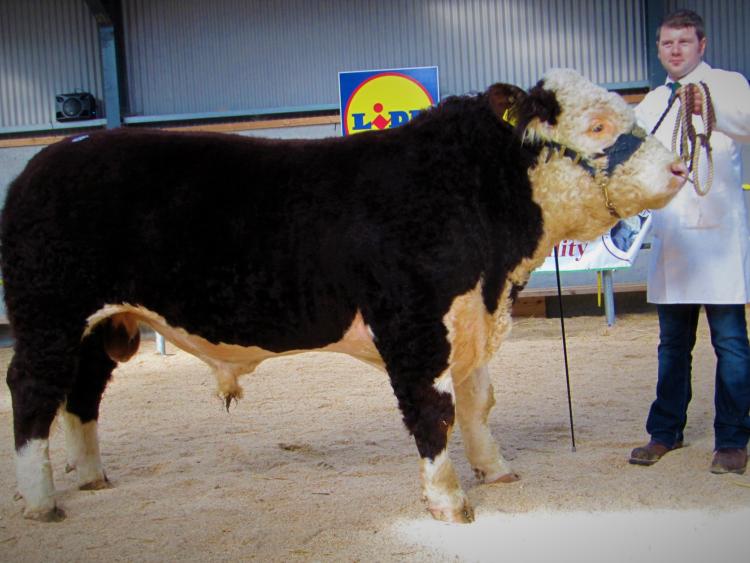 Hereford breeder and friend of the Molloy family, Hugh P. Murray showing Mick’s 'Moyclare Phoenix' at the event. Sold for €6,600

Storm Brian made conditions miserable but that wasn’t enough to keep exhibitors or buyers from attending on the day. A large crowd was in attendance on the day for the event in Tullamore GVM Auctioneers

Molloy's 'Moyclare Phoenix' stole the show as the 16-month-old bull sold for a whopping €6,600. A buyer from Dublin left with the stunning bull after a furious bout of bidding.

The video above shows the moment the hammer came down and the Offaly bull was sold for the huge amount.