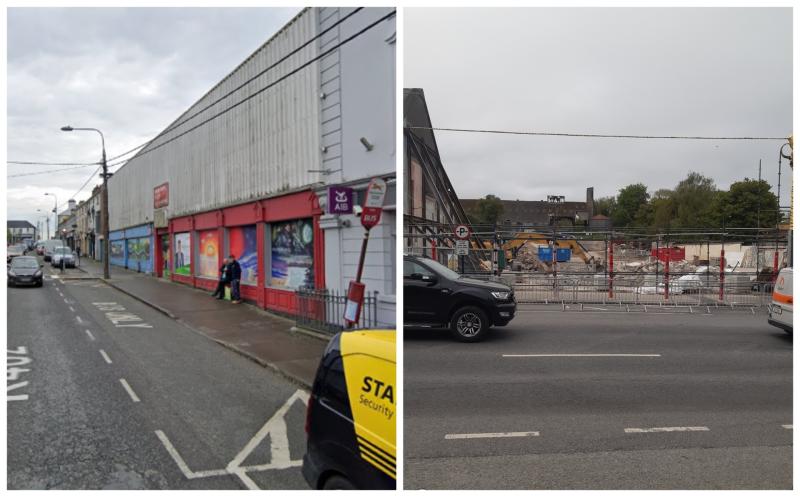 The old Tesco and O'Brien's supermarket building in the centre of Edenderry has been demolished this week, paving the way for a new development including a state of the art library and arts centre.

While the building has been an eyesore for 20 years since Tesco moved to its current site on the Dublin Road, the sight of the building gone marks an end of an era. People shopped in the building for many years, including when the site was operated under the well-known O'Brien family name.

Speaking this week, Cllr Noel Cribbin said, "And now it's gone, a building that has stood for decades, brought much employment and many great memories, but after 20 years derelict, it's onwards and upwards for this site."

He said the new site would hold a new library and performance area, possibly a new Primary Care Facility earmarked for Edenderry, maybe a hotel site in the future and housing for the elderly.

He said the opening up of the site offers "huge potential and opportunities for the town going forward." The derelict grain store now visible from JKL Street will also be demolished under the development plans.