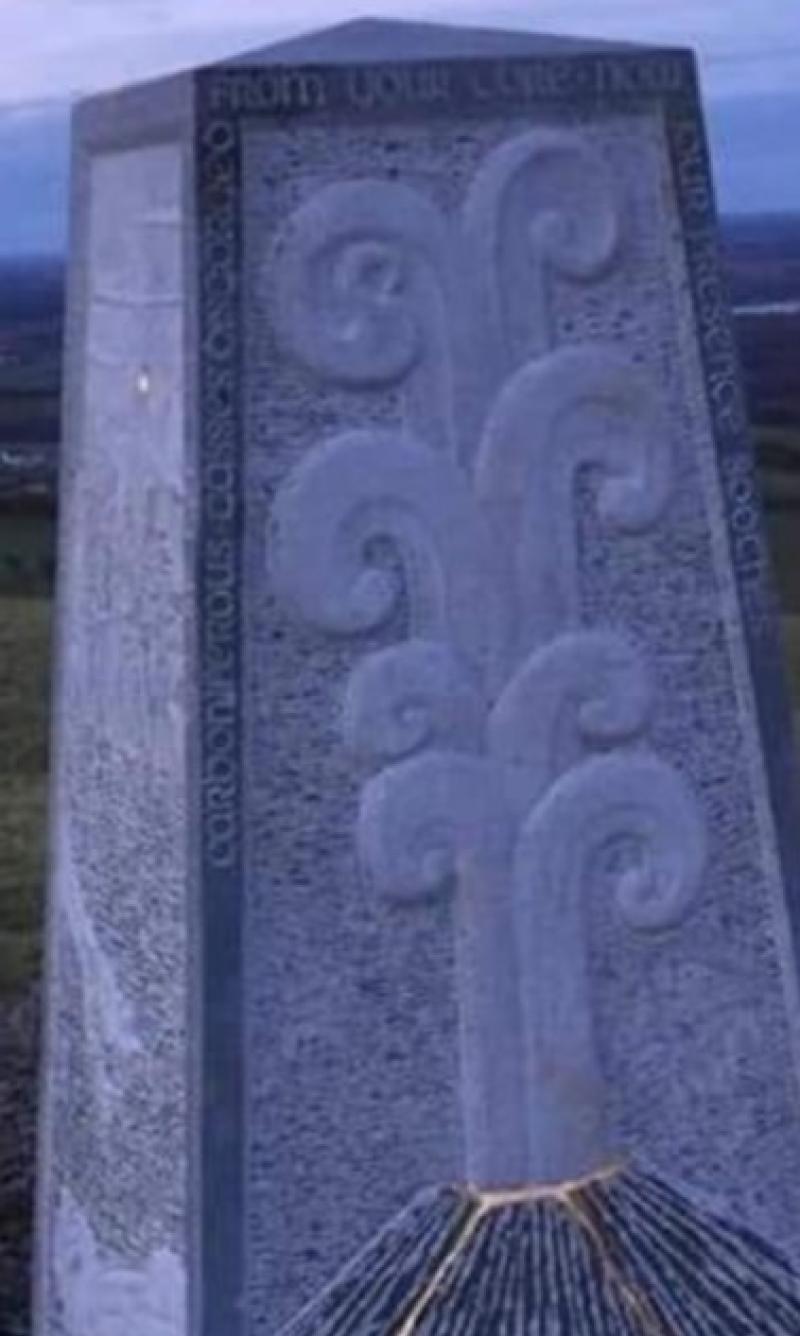 JUST over a year after the triangulation station at the summit of Croghan Hill was vandalised beyond repair, its replacement stands atop the famous landmark.

In January 2019 it was discovered that the pillar-like structure at the peak of the hill had been broken up.

It is not known exactly how the pillar was damaged, but there was evidence of a fire being lit and the remains of a burned tyre were seen at the site.

The triangulation station, or 'trig', was originally erected on the 234-metre high hill for surveying purposes in the 1830s.

The field at the summit of Croghan Hill was purchased by Offaly County Council and the replacement for the trig forms the centrepiece of a tourism project for the extinct volcano and heritage site.

Using funds from the Town and Village Renewal scheme, noted stone carver and sculptor Ciaran Byrne was commissioned to design a replacement for the trig.

Cut to the same dimensions and similar in shape to the original, the new stone illustrates the history of Croghan Hill, its burial ground, its well, and the discovery of human remains, Old Croghan Man, nearby.

One side depicts St Bridget wearing her veil, on another is carved the hoof of St Patrick's horse striking the stone which created the well, a third is a representation of Old Croghan Man's arm, and the fourth recalls the eruption of the volcano.

The new limestone monument stands on a concrete plinth.

Croghan Hill is the most prominent geographical landmark in north Offaly and commands panoramic views of the surrounding landscape.

In addition to the monument on the peak, repairs to the stone walls at the graveyard on the hill have been carried out and planting has taken place along the walkway to the hilltop.

The traditional St Patrick's Day Mass on the hill was cancelled because of the coronavirus but numerous climbers nonetheless scaled it on the day.