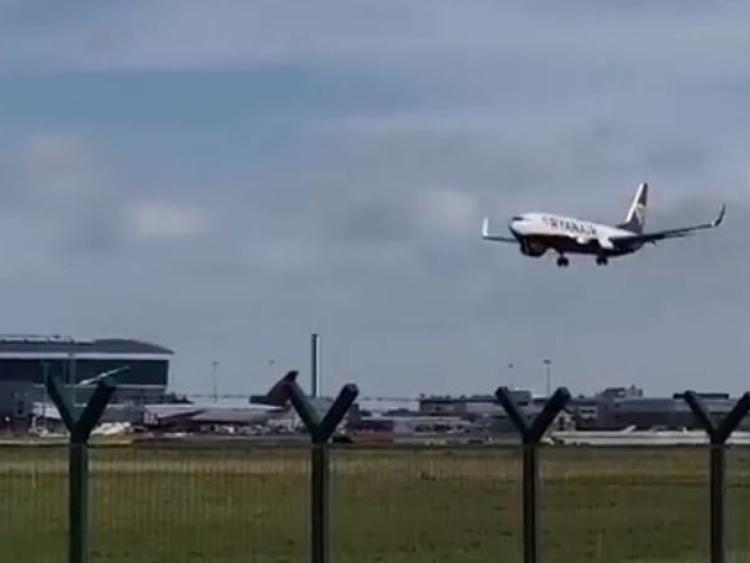 Dublin Airport drone sighting results in suspension of all flights

A musician, originally from Birr, had his pandemic unemployment payment stopped for six weeks as a result of checks carried out at airports.

Speaking to Liveline's Katie Hannon earlier this week, Ciaran Cooney, outlined how he had his pandemic unemployment payment (PUP) stopped for six weeks after he took a flight to Glasgow to visit his partner in May.

Ciaran was a full time guitarist and vocalist with Irish Celtics and was due to travel around Europe and China with the group until early June. However, he told the show that due to the Covid-19 pandemic, the tour was cut short before St Patrick's Day.

The musician then returned to Birr where he remained during lockdown with his family. However, on May 7 last, he booked a Ryanair flight from Dublin to Glasgow to visit his partner, who lives in the city, and he hadn't seen her for 15 weeks.

The RTE show heard how Ciaran was waiting at the gate to board his flight when two plain clothes Gardai approached him and asked him for his passport, informing him they were “doing immigration checks' '. Ciaran provided them with his passport before he boarded the Glasgow bound flight.

According to Ciaran, if the Gardai had told him the reasons for the checks or that they were taking information for the Department of Social Protection, he would have not gotten on the plane. “Because, to be honest with you, if I felt my payment was going to be brought into disrepute or taken off me, I probably wouldn't have gotten on the plane. Because I am relying on this payment,” he continued.

Ciaran then returned from Glasgow only to discover that his PUP had been stopped. “I waited a few days and then I contacted the Department of Social Protection, who then informed me that they could see that the money had been stopped and the reason for it was that 'we can see that you boarded a Ryanair flight on May 7 at 9.30am and that's why your money was stopped'.”

It then took Ciaran six weeks to get his payment reinstated but not before he had to go to Carol Nolan, TD and Brian Stanley for some assistance as well as penning a letter to the then Minister for Social Protection.

“I was never informed by anyone that this happened and it wasn't until I sought this information as to why his payment was stopped that I discovered the reason why,” he pointed out. Later in order for Ciaran's payment to be reinstated, he had to provide proof of his return flight from Glasgow, which he did.

The show's presenter then asked Ciaran if he was sure this exchange between the Gardai was the “source of this information” given to the Department of Social Protection? “Who else would have had this information,” Ciaran remarked.

Asked if the musician has been back to Glasgow since, Ciaran replied no because he was “too afraid to go, to be honest”. “The thing is that I and my partner have bought a house in Glasgow. But, I am afraid to go over there because I don't know if I will get work over there and I am better off staying here.”

Concluding, Ciaran described the situation as being “hitting a brick all at a hundred miles an hour”. “My life was go go go and all this has stopped. My livelihood is gone, like thousands of other musicians,'' he added.

They have been operating there since criteria for getting the Covid-19 Pandemic Unemployment Payment (PUP) were changed. As a result of the changed criteria — that recipients have to be actively seeking work — PUP recipients lose payments if they go abroad.