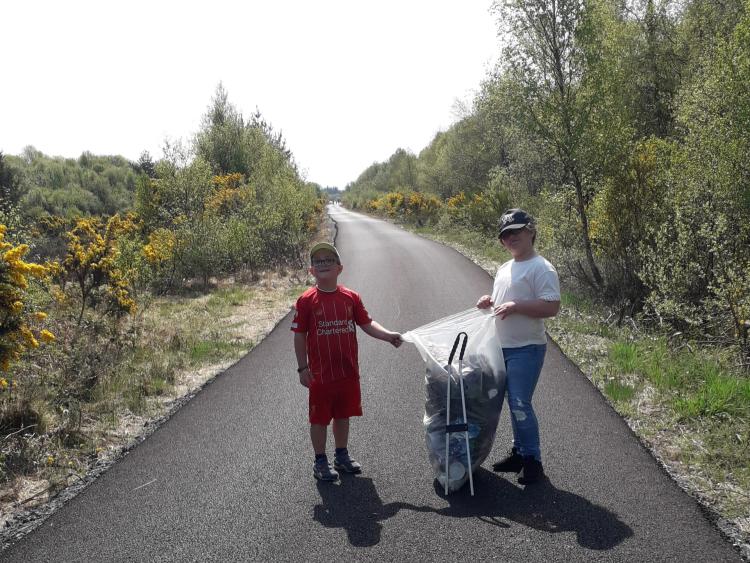 JUST three kilometres from the picturesque village of Pullough lies an amenity that is reported on nationally and locally for its award winning voluntary and community spirit, Turraun Nature Park.

Turraun is an expansive, wild, open plan site rich in natural beauty and diversity. It is the former site of Bord na Móna operations and the first area of commercial peat production in Ireland.

Bord na Móna produced peat in Turraun, but the plant has long since closed and but there is still some evidence of the operations here, such as the railway line.

Much of the bog-land that was used for peat production is now under water and this 144 hectare site with over 110 bird species and 270 vascular plant species, ranging from trees to reeds, heathers to grasses, is a birdwatchers treat.

Locals have been benefiting from the peace and quiet Turraun has to offer for years and even more so since the surface was updated by Offaly County Council and since the coronavirus restrictions.

Collaborations about the future of Turraun have been ongoing for years between Offaly County Council, Bord na Mona, Lough Boora Parklands and Pullough Development Association. The works completed so far are the results and outcomes of these talks.

Future ideas for Turraun include more signage and information boards relating to the history of Bord na Mona and potentially a locomotive tour of the stunning wetlands, woodlands, peatland and lake areas showing the abundance of wildlife now flourishing there. The flora and fauna of this peat landscape is as dramatic as its history.

A new biodiversity boardwalk could tell the story of the Irish raised bogs, 10,000 years in the making.

In the meantime locals are still enjoying all what Turraun has to offer and so much more and looking forward to its future.