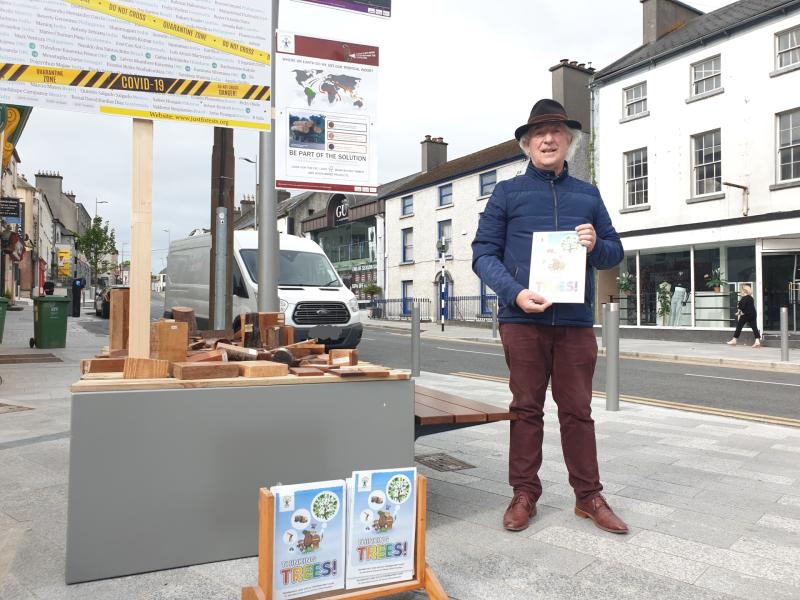 AN environmental campaigner says he has been asked to end his exhibition at O'Connor Square in Tullamore.

He said an official from Offaly County Council arrived and told him he did not have a permit.

"He came down to tell me this is illegal and that I shouldn't be using council property and I'm on a construction site and I have no licence," said Mr Roche.

Mr Roche said he was not leaving the area and afterwards a traffic warden approached him and him to move on or the gardai would be called.

He said he contacted the council three times this week and claims his calls were not returned.

He mounted the Wood of Life exhibition in the square to stress the importance of biodiversity.

He says some of the new seating in the recently renovated square is made from tropical timber instead of locally sourced hardwood.

The Wood of Life exhibition comprises a variety of woods Mr Roche has collected from all over the world.

He says environmental destruction not only causes climate change, but also triggers viruses like Covid-19 because animals are under so much pressure in their natural habitats.

Mr Roche, 71, is a veteran campaigner and protester and was previously arrested in 2011 when he highlighted the use of foreign timber on hoardings erected around Tullamore library when it was being constructed.

Offaly County Council has been contacted by the Tullamore Tribune for a comment.