“I know from talking to staff and other stakeholders including elected representatives, that the focus must be on employment and not redundancies if at all possible.” 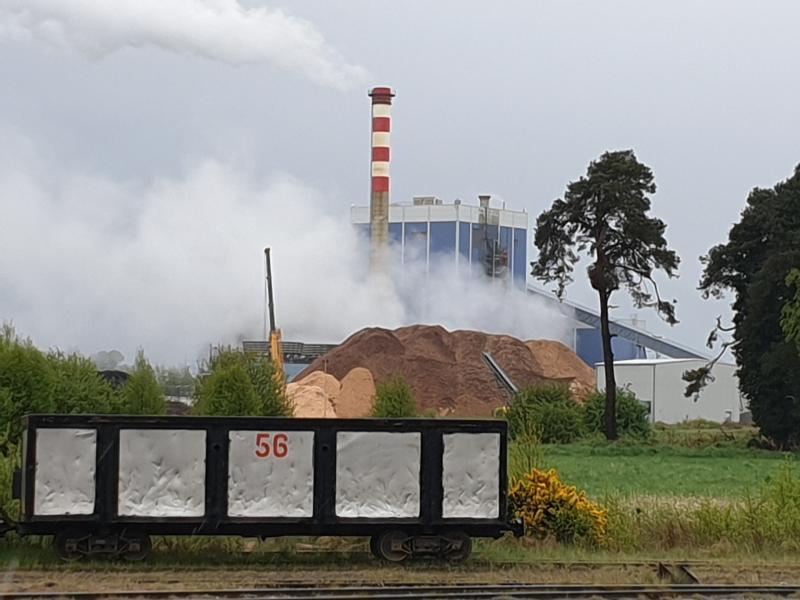 A BALLOT for strike action at Bord na Mona has been averted.

The group of unions at the company, which has announced the lay-off of 230 staff because of the Covid-19 crisis, had indicated it would begin the ballot if Bord na Mona did not agree to refer its dispute to a joint industrial relations council (JIRC).

In a hardening of its stance last Friday, the group told management there had been no agreement across a range of issues.

Included were loss of pay, the selection criteria for staff being temporarily laid off, the number of workers included in the wage subsidy scheme and redundancy and pension issues.

Group of unions (GOU) secretary Willie Noone asked the company to confirm “as a matter of urgency” to confirm its agreement that the issues would be referred to a full hearing of the JIRC.

Mr Noone said unless the confirmation was forthcoming by this evening (Wednesday, May 13), the GOU would have no option but to “continue the process of commencing a ballot for industrial action up to and including strike action”.

However, yesterday morning (Tuesday), Mr Noone told the Tribune the JIRC had agreed to hear the issues “so company consent is not needed now”.

He said the JIRC process would be “done first” in advance of any ballot and he did not know if the company would be represented at it.

Bord na Mona said yesterday morning that it would not be commenting on the matter.

In a letter to workers in its energy section on May 6, Bord na Mona chief executive Tom Donnellan once again stressed the “devastating impact” Covid-19 was having on the company's business.

Mr Donnellan told the employees he was “appalled that anyone would suggest the company you work for is using this dreadful and unprecedented virus as 'cover' to release staff”. He set out how demand for electricity had “fallen off a cliff” in Ireland, the peat-fired stations at Shannonbridge and Lanesboro had stopped operating and Bord na Mona could not “retain employees in work and simply absorb that cost”.

Peat harvesting will resume this summer following a Bord Pleanala ruling but Mr Donnellan said if the power stations remain offline the company “will not be required to supply peat to them”.

He also he is “confident” the peatland rehabilitation programme will begin next year, providing opportunities for about 300 workers.

In addition, Bord na Mona had successfully tendered for similar work on peatlands owned by the National Parks and Wildlife Service, providing work for another 40 employees. That work is already funded but is on hold due to Covid-19.

Mr Donnellan further indicated to his employees that the voluntary redundancy scheme, which was reopened because an initial one was “heavily oversubscribed”, has been put on hold.

He said Bord na Mona is not in a position to make any decisions on the extent of voluntary redudancies in advance of clarity on how many workers it needs for this year's harvest and the bog rehabilitation work.

“Voluntary redundancy is not a solution to our current challenges related to Covid-19. We could be in a position where we have a role for every employee impacted by the exit from peat related activities which would be a tremendous outcome in that no voluntary redundancies would be required,” he said.

Significantly, he also indicated that politicians expressed a preference for employment retention in the company.

“I know from talking to staff and other stakeholders including elected representatives, that the focus must be on employment and not redundancies if at all possible.”

“However, if the opportunity presents itself to accommodate a limited number of [voluntary redundancies] then we will consider those applications based on business need criteria, including but not limited to; work location, job category, skill set, experience etc.

“However, I want to once again reiterate that my primary focus is on sustaining employment and not causing redundancies.”

He said all genuine redeployment opportunities had been examined to restrict the numbers of staff being released.

A small number of roles had been identified in ash sites, on a greenway in Longford and in preparing for the upcoming harvest.

All apprentices in Mountdillon and Blackwater (the bogs which supply the ESB power stations) have been retained and will be reassigned to alternative works locations if required in an effort to allow them complete their apprenticeships.