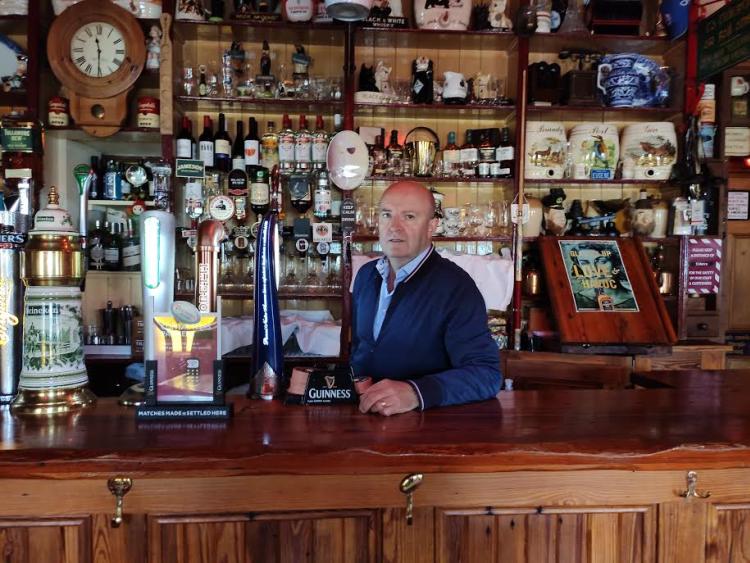 AN Offaly publican believes it will be September at the earliest before his and similar pubs will be allowed to reopen.

Eugene Kelly closed the doors of his highly popular Eugene Kelly's Bar and Lounge on Convent Road, in Tullamore, on March 15 and they have remained locked ever since.

''It's been a very tough. We were five months closed last Saturday. To have your livelihood swept from under your feet... I think we should have a right to be able to trade,'' he says.

Eugene who has been in business for the past 27 years, now thinks the pubs will not reopen until after the schools, which are due back on August 31. Meanwhile, his stock is just sitting on the shelves and as he says ''it's all money'' as many of the products have a 'sell by date'.

''We have lost a lot of money going back to March. We can't send the stock back if it's not in a box or a barrel so it's a complete waste.''

An initial date for the reopening of pubs was set for July 20, but that was cancelled at short notice and a government reopening date of August 10 was set. But as the numbers contracting coronavirus grew that date was cancelled and Taoiseach Micheal Martin scheduled August 31 as the latest date.

"This will come as a blow to pub owners, I want them to know I have every sympathy for their plight,'' the Taoiseach said at the time.

However, pub owners around the country like Eugene say it's not sympathy they need and are backing a social media campaign called '# Support not Sympathy' which is calling on the government to provide financial support to the industry. ''It got great traction and was number one on Twitter last Saturday,'' said Eugene.

Eugene's is a ''wet pub'' meaning he doesn't serve food. He says he has thought about providing food but this would mean buying in equipment and hiring extra staff to cook. He also doesn't want to put pressure on his customers to buy food.

''I have been dealing with the same type of customers for the past 27 years. They are very hard core. Some guys come in every day and they just want a couple of drinks after work and maybe watch a match on the TV and interact with other people.''

Some of his regulars live alone and going to the pub was part of their social life. They are also finding the restrictions difficult.

Eugene is confident he could open safely and has put a lot of measures in place. He is in the process of installing perspex dividers between seats, he will also have them at the counter, though he fears when they reopen sitting on a stool at the counter will be banned. He also has PPE and hand sanitisers, ''everything is ready to go,'' he says.

He believes it's unfair that those pubs which sell food have been allowed to reopen.

The pub employs three people along with family members and on really busy days extra staff are hired.

''We have been very compliant. We will make it as safe as possible for people to come into the pub. We are sitting here ready to go. Most of us are responsible publicans and are capable of keeping things under control.''

However, Eugene says he would only be able to sustain his business if the distancing between tables is one metre as if it remains at 2 metres furniture would have to be removed.''

''There is a nervousness about whether we will or not get to open. Hopefully it will be before Christmas.''

In the meantime he says he misses his customers and they also miss him and the pub. ''I have been getting text messages of support,'' he says.

He is keeping busy painting at home and in the pub and he and his wife June are going for long walks every day for their mental health.

Up to yesterday Tuesday August 18 the government had not revealed what the new protocols will be for Offaly going forward.

In the meantime, it's just a waiting game for Eugene and many others like him as the coronavirus crisis continues to wreak havoc across the world.