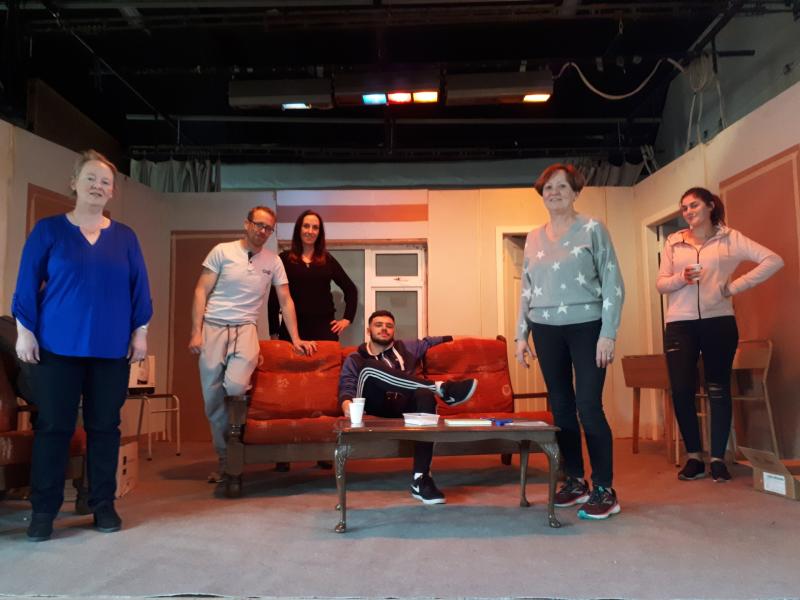 When Clara PIC Players take to the stage on Good Friday, April 19 at 8pm in Scoil Bhríde Clara, their production of Red Roses and Petrol will bring to the surface many issues still making headlines almost 25 years after the play was first written by Joseph O’ Connor.

The play portrays the all too common story of an Irish family, outwardly united in a common loss when behind closed doors they are being torn apart by the issues of the past being brought to the surface as they re-unite from England and
America for their father's funeral.

Throughout the play, despite the obviously damaged and fractured relationships of the siblings with their now deceased father, we see the constant efforts of the Irish Mammy to “paint a picture” for the outside world, when in fact the reality is
very different.

Emotional, poignant and hilarious at times and with some very strong language, and innuendo, Red Roses and Petrol, while unsuitable for children, will be worth putting in the diary for all drama lovers.

It will run for four performances on Friday and Saturday, April 19 and 20 and again on April 26 and 27.

The cast will include Nora Kavanagh as Moya the Mammy, Hazel Cullen, Hollie Cornally and Daniel Murray as her family. It will also include Paddy Broder and Libby Digan and will have an on-screen guest appearance by Vinnie Flanagan.