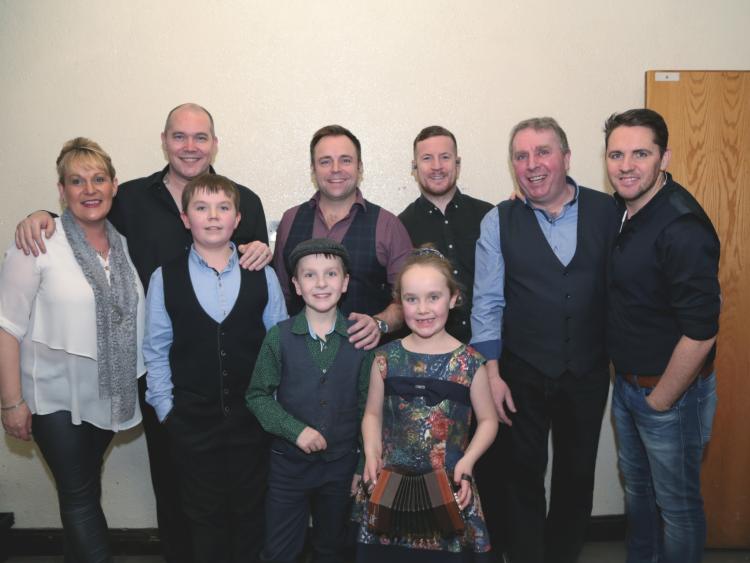 The Wrafter Family Band are set to perform with The High Kings at a fundraiser for an Offaly GAA club this weekend.

The Wrafters - Peter, Noreen, Conor, Thomas, and Aimee - have once again been invited to open for the High Kings at the Durrow G.A.A. fundraiser which takes place in the Tullamore Court Hotel on Friday, January 18.

For the talented Kilbeggan family, it means their 2019 will be beginning in the same vein as last year ended, in the company of some of Ireland's biggest entertainers. For Peter, father of the family off-stage and leader of the band on-stage, it's another moment to look forward to.

"Last year was definitely one that we'll always be able to look back on as being something special for us, both in terms of the Wrafters as a family and as a band. The unique thing about what we do is that when we do something together as a band, we're doing it together as a family as well. And last year began with us opening for The High Kings in the Tullamore Court Hotel, so it's a lovely feeling to have come full circle in a way, and to look back on how much has changed since a year ago."

"And of course, this will be our third year to open for The High Kings at the Durrow event, so that will be a nice achievement in itself to have as part of our story."

2018 saw the local family perform on the same bills as Nathan Carter, Johnny McEvoy, The Three Tenors (Ireland), Finbar Furey, and also The Fureys. The Wrafters were also featured on the TG4 show Realta Agus Gaolta, and took to the main stage at the National Ploughing Championships, and Peter is looking forward to an equally busy 2019.

"We had such a great reaction to our first single, The Blarney Stone', so we wanted to get back into the studio again. So we've done that, and we've recorded a song that has history to it, and a very strong human story. But there's also a lovely simplicity and catchiness to the musical side of the song. We're planning on releasing it sometime in the spring, so we'll be looking forward to announcing more details about that soon."

The High Kings, supported by The Wrafter Family Band, in support of Durrow G.A.A., takes place in the Tullamore Court Hotel on Friday, January 18. Tickets are available from hotel reception.