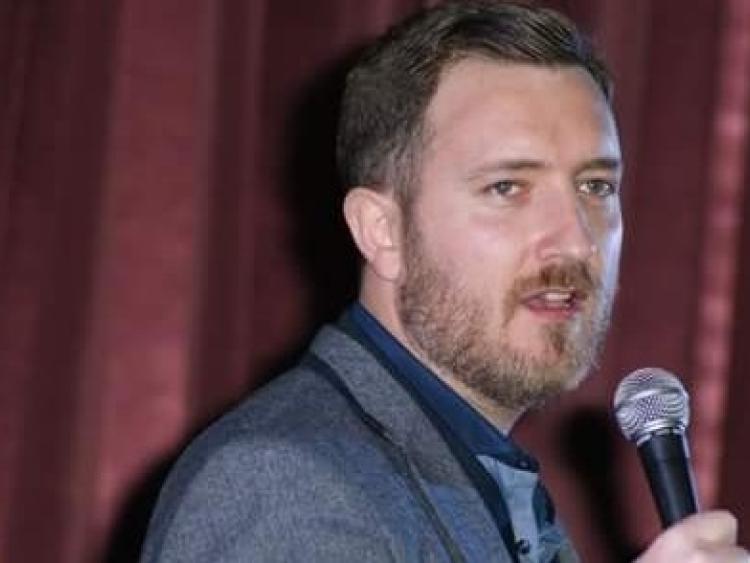 Banagher man and rising country star Colin Kenny has announced he has a new single on the way, and he will give it an official live debut at the National Ploughing Championships in Tullamore.

Colin, who is known by many as ‘the singing barber’ thanks to his day job in Borrisokane where he lives - hit the number 1 spot on the country charts for the second time earlier this year with a track he penned himself, ‘The Best Song of All Time.’ And his new single is going to be another Colin Kenny original.

“I’ve trying to spend more time writing this year, for a few different reasons”, explained Colin. “For one thing, I’ve had a lot of ideas for songs that I’ve wanted to work on for a while, so it was just a matter of dedicating the time to doing that. And time, as we all know, is sometimes hard to find for everything we want to do!"

"But it was from one of those writing sessions that my last single came from, and the response to that was overwhelmingly
positive, and it’s encouraged me to go with another one of my own this time," Colin explained.

Colin plans to perform the single for the first time at the National Ploughing Championships. “That’s right, I’m delighted to have been invited to perform at such a huge event, and what better place to sing a new song for the first time? We’re just putting the finishing touches to it in the studio at the moment, so we’re nearly there. We’ll be announcing full release details very soon," Colin added.

The Banagher man also revealed the first details about a special dance night he’s planning for a little later in the year. “We’re going to try and have a little bit of everything involved. So for anyone who wants to get up and dance, they’ll be able to do that. But if you’d prefer to just sit and listen, there’ll be music more suited to doing that during the night as well."

"Much like the new single, we’re just putting the last few pieces of the jigsaw in place right now, and it won’t be long before we can reveal all," he concluded.