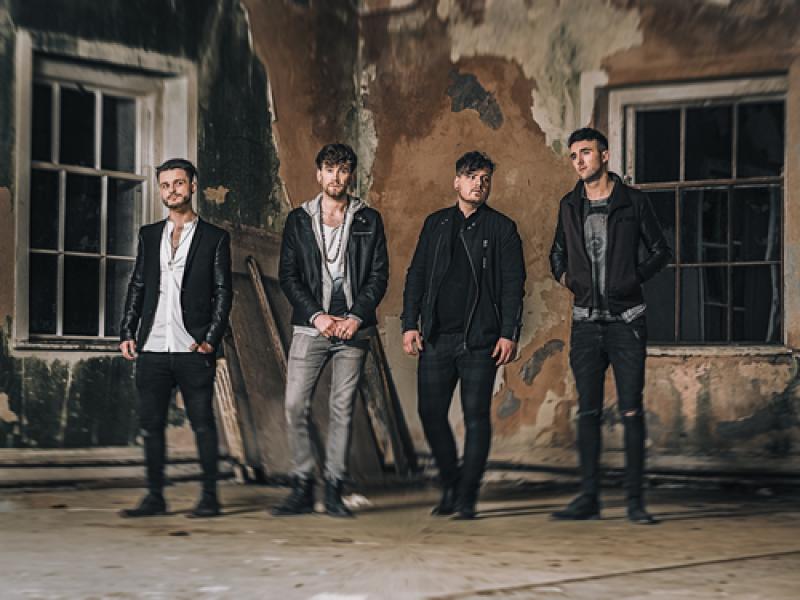 As they prepare for the nationwide release of their stunning new single, 'It's Too Late', on February 23rd, midlands band Fallen Lights celebrated the song's first spin on the national airwaves this week when Eoghan McDermott of 2FM gave the track its exclusive first play on his show.

Through hard work, intense passion, iron-clad self-belief, and above all else, and talent, Mullingar based indie/pop outfit Fallen Lights are building something that already has everyone who's heard them, or indeed had the pleasure of meeting Graham (Dowling), Andrew (Cody), Jay (Wiley), and Joey (Murray), buzzing with excitement and expectation.

For any new band trying to make a breakthrough, the company you keep is one of the best indicators of where you're headed. And the company you keep comes for the music you're making. For Fallen Lights, the signs are good as they have been on shows with established acts like Picture This, Walking On Cars, The Coronas, Ham Sandwich, Keywest, The Blizzards, and The Academic.

With a debut EP already recorded, which had one of Ireland's foremost go-to producers at the helm in Philip Magee, not only is 'It's Too Late' is sure to rocket these boys to success.

The Mullingar foursome had another reason to celebrate recently when it was announced that they had teamed up with Anthony and Kara Kearns to become the latest brand ambassadors for fashion trend-setters Guy Clothing of Tullamore. A very special in-store acoustic performance is planned for the coming weeks.

'It's Too Late', the explosive brand new single from Fallen Lights, is released on all digital formats on February 23.