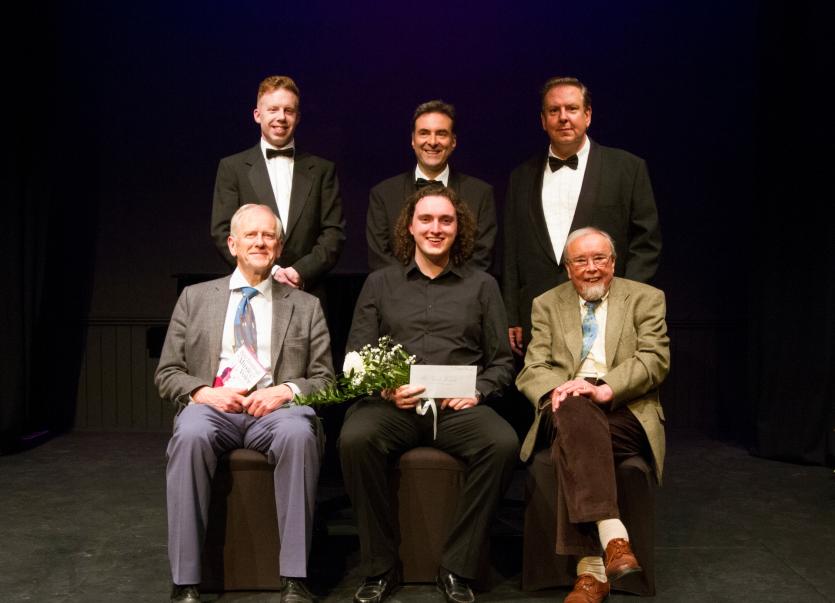 The 2017 Trench Award, which aims to assist young singers and musicians from the Midlands and the Mid-West who are pursuing a career in professional performance in the field of classical music has been presented at Birr Theatre.

Kildare’s Richard Thomas claimed the overall prize at The 2017 Trench Award with a mesmerising performance on violin during the inaugural Birr Festival of Music & Voice at Birr Theatre & Arts Centre last Sunday night, May 28.

This up and coming violinist took home the top bursary valued at €3,000 with a programme which included sonatas from Brahms and Ysaye. Richard will begin his studies at the Royal College of Music in London in September with Professor Jan Repko.

Limerick bass-baritone Kevin Neville was awarded the Birr Lions Club bursary of €1,500 while, the Audience Award, sponsored by Birr Stage Guild, was presented to tenor Conor Gibbons, also from Limerick.

The evening also featured performances from the other finalists Emma Quinlan, soprano (Offaly), Ecaterina Tulgara, soprano (Westmeath) and Brian Flanagan, piano (Leitrim) all displaying a high level of accomplishment in their chosen repertoire.

The selection panel of Bruno Caproni (acclaimed Verdi baritone), Julian Evans (one of Europe’s leading pianists) and local music teacher Enda O’Connor were greatly impressed with the overall calibre of each performer.

Director of Birr Festival of Music & Voice Maureen de Forge said: “This year’s Trench Award was the perfect ending to the inaugural Birr Festival of Music & Voice, which was a great success. The standard of performers this year was very encouraging. It is wonderful to see so many musicians and singers from the Midlands and the Mid-West Region go on to devote themselves to a career in classical music.”

“Playing and singing from an early age, years spent traveling to music lessons, to full time music college in Dublin, Cork and abroad is a costly business. It is a great pleasure to those involved in both funding and organising The Trench Award and now Birr Festival of Music and Voice, to be able support outstanding young artists such as Richard, Kevin and Conor. We look forward to following their future careers very closely.”