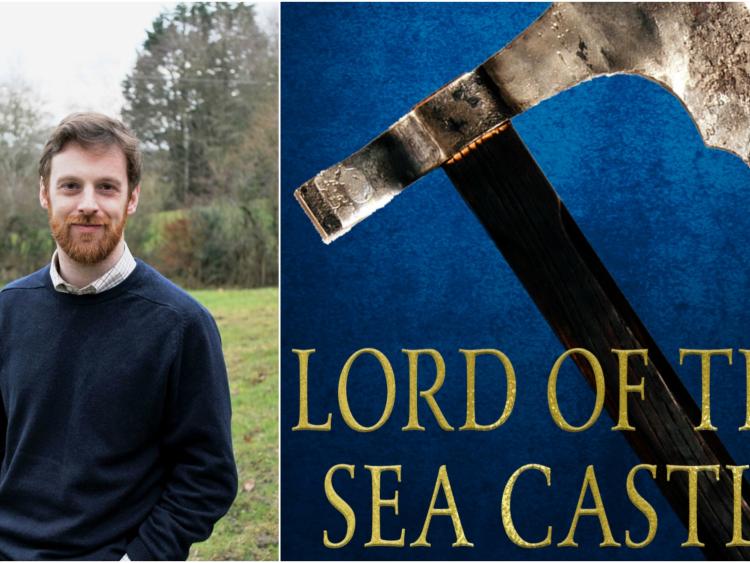 Author Ruadh Butler has been winning praise for his new novel, Lord of the Sea Castle, a work of fiction delving into 12th century Ireland. One of the most important and little-known battles in Ireland’s history is the backdrop to this new adventure.

Lord of the Sea Castle tells the story of the Battle of Baginbun when a Norman advance force of just over a hundred takes on an army twenty times their number made up of Waterford Vikings and their Gaelic allies on the south Wexford coast.

Nothing less than the fate of the entire country hangs in the balance for, as the old verse declares, “at the creek of Baginbun, Ireland was lost and won.”

“Lord of the Sea Castle follows on from the events of my first book, Swordland, and precedes the arrival of Strongbow to Ireland in the summer of 1170,” said the author, Ruadh Butler, who is from Tyrone.

“Strongbow is probably the most famous name to emerge from this era and, while he is a central character in the book, my main protagonist is one of his knights, Raymond de Carew – better known in his lifetime as Raymond le Gros, or the Fat," he added.

“Ambitious and in love with Strongbow’s daughter, Raymond le Gros wishes to prove himself worthy of her hand and her father’s trust, for in Norman society a man can rise as high as his skill with a sword can take him. In Ireland there is great glory to be won."

“Raymond's first command may be his most daunting, however, as he faces obliteration from an enemy without as well as unrest orchestrated by rivals within his own camp," the Tyrone author explained.

The action takes the reader from the fighting Welsh frontier, to the scheming Plantagenet court in England, and then to unconquered Ireland, meeting, along the way, kings, archbishops, lepers, barons, Viking princes, Gaelic chieftains, and women determined to do anything to make their mark on history.

The book has already garnered praise from some of the best authors working in historical fiction.

“This lyrical novel is rich in history and evokes a wonderful sense of time and place. Great characters, strident battles and a story to be savoured,” said acclaimed author of The Master of War series, David Gilman.

Irish writer of The Fifth Knight series, E.M. Powell, said: "It’s not just the grim gore of the Anglo-Norman battlefield that springs to life in Butler’s skilful telling. Even better, he finds his way into the minds and spirits of those men for whom the ultimate prize was a nation.”

Lord of the Sea Castle is published by Accent Press and is available in all formats at Amazon, Barnes and Noble, Waterstones, Eason’s and WHSmith.