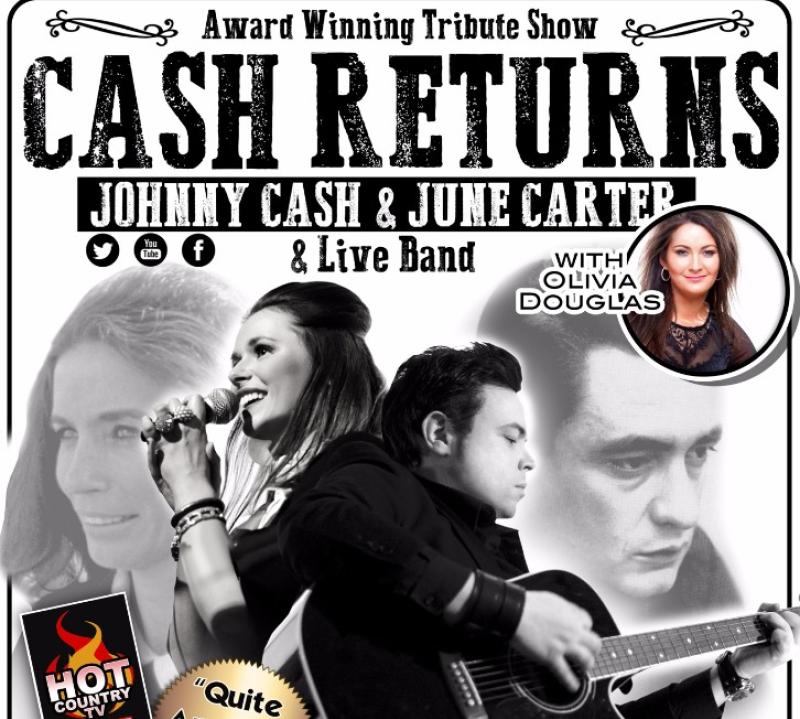 Midland fans of country music have a new date for their diary because there's two hot shows coming their way in March. The dates have been announced in partnership with Hot Country's Hugh O' Brien and the beautiful Tuar Ard Arts Centre in Moate. On March 20 and 27, Moate will be transformed into Nashville as country classic take centre stage.

Hugh's Hot Country show is Europe's longest running country music TV show, and Hugh has been to the forefront for many years in his support of country artists on the Irish scene. Just last year Hugh visited the Tuar Ard to record a special 'live' edition of Hot Country, which featured established stars such as Mick Flavin, TR Dallas, Justin McGurk, Olivia Douglas, Keelan, and more.

In keeping with Hugh's belief in promoting new talent, and indeed his uncanny ability to spot new talent well before others, he became the first country TV show to include rising star Colin Kenny from Offaly. Colin had yet to release a single at the time the show was recorded, but he's recently celebrated his debut single, 'Don't Close Your Eyes', hitting the top spot on the iTunes Irish country chart while continuing to hold its own on the country radio airplay chart.

Now, the man is bringing not one but two shows to Moate, but both are very different. The first, on March 20, Ireland will get another taste of a young man whose extraordinary talents thrilled all who witnessed his appearance at last year's Hot Country Awards Show. Scotsman Brandon McPhee is both an accordion whizz-kid and a country-crooner all rolled into one. He is charismatic, and certainly born-for-the-stage.

On March 27, the Tuar Ard will be transformed into a Nashville honky-tonk when 'Cash Returns,' the award-winning tribute to Johnny Cash and June Carter, recreates the raw energy and passion which transformed Johnny and June into two of country music's most iconic figures. With a set-list sure to include classics such as 'Folsom Prison Blues', 'Jackson', 'Ring Of Fire', 'If I Were A Carpenter', and 'Walk The Line', to name only a few, this show is guaranteed to take you right back in time for the experience of a lifetime, but for just one night only. Olivia Douglas will also take to the stage to guest star during the toe-tapping show.