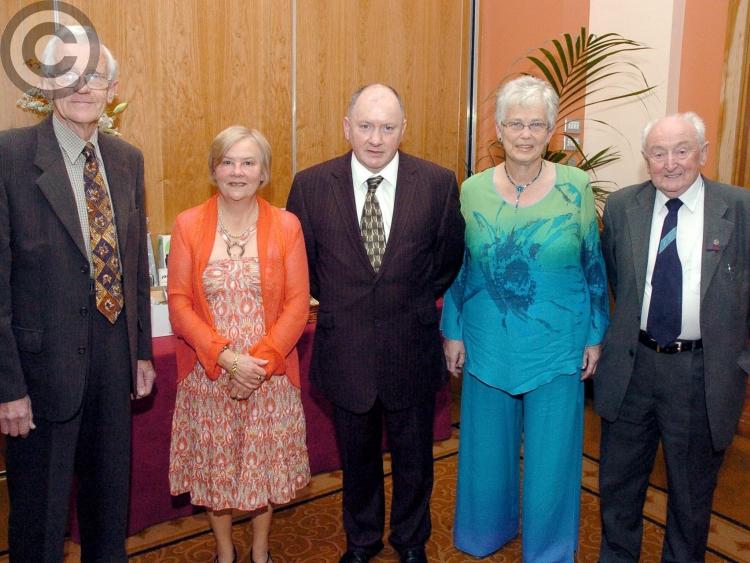 Dorothy Oakly [second from right] pictured at the Irish Delegate Conference of the NUJ in Tullamore in 2007 with her husband Geoff, former Editor of the Tullamore Tribune [on left]

The death took place on Monday afternoon of Dorothy Oakley, the first senior physiotherapist to be appointed to Tullamore General Hospital.

Dorothy had been Head of Physio Services at the Mater Hospital, Dublin when she was appointed to Tullamore.

She filled the role of  Head of the Physiotherapy Department with responsibility for Offaly and was deeply involved in the affairs of the Irish Society of Chartered Physiotherapists.

In her role she was particularly conscious of the value of sports and pioneered the “Sports for All' concept.

She was honoured for her work in the community by Tullamore Junior Chamber when she was chosen as the “Personality of the Year' in the 1980s.

A native of Birr, Dorothy (nee Abbott) was married to the retired first Editor of the Tullamore Tribune, Geoff Oakley and resided in Arden Vale.

She passed away at Tullamore hospital following a short illnesss.

Burial will be immediately afterwards in St Catherine's Cemetery, Tullamore.

See full obituary in next week's edition of the Tullamore Tribune.