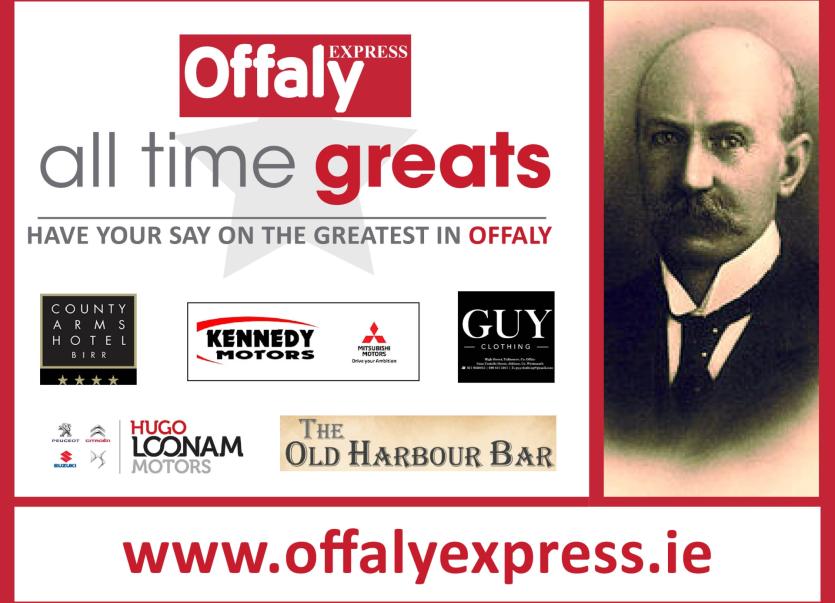 The Offaly man whose name became and remains a worldwide brand. Tullamore D.E.W. is named in honour of Williams, the man who created the famous whiskey blend while general manager at Grant's distillery in the late 1800s.

He had started working there as a machine operative and a mill hand, before becoming a distiller, and later, the manager of the Tullamore distillery. He created his famous whiskey blend shortly after, a drink that is stocked throughout the world as the second largest selling whiskey brand in the world.

Over 1.5 million cases are produced each year, while the Tullamore D.E.W. visitor centre in Tullamore attracts tens of thousands of visitors annually. From its hometown to New York and further afield, Tullamore D.E.W. remains Offaly's biggest global brand.