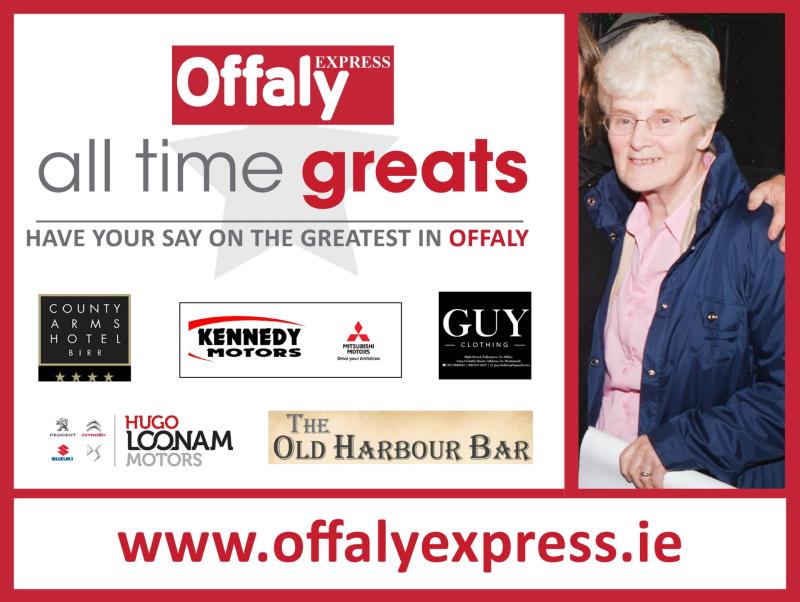 A native of Tullamore, Sister Jenny Hassey has touched the lives of generations of people in the town, young an old alike.

A founder member of St Mary's Youth Centre in Tullamore along with Sister Xavier O'Brien, Sister Baptist Walsh and Sister Anne O'Neill, Sister Jenny became synonymous with the 'Youth Club' with countless young people going through the doors since it opened in 1967.  It provides a full-time youth programme and was established to promote the development of young people and has done so now for over 50 years.

The annual shows remain a highlight in the Youth Centre and Sister Jenny was always to the forefront in the organising of these musical spectaculars. The Mercy Sisters handed over the keys of the Youth Centre in 2014 but Sister Jenny continued to serve as Secretary of the Board of Directors.

She was, and remains, an integral and humble part of the community in the Parish of Tullamore.