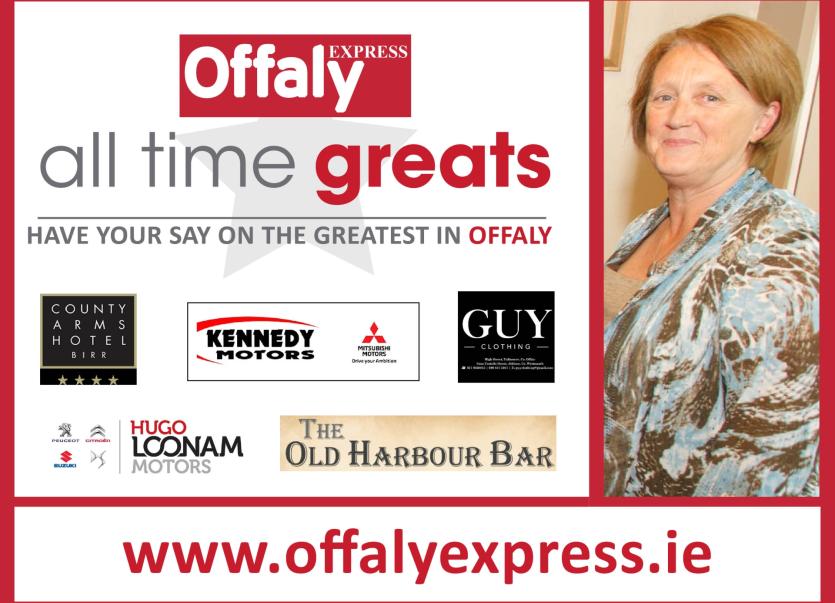 Few people have contributed more to sporting and public life in Offaly than Miriam O'Callaghan. An accomplished camogie player during the early days of the Offaly camogie county board and her beloved Tullamore club in the late 1970s and 1980s, Miriam went on to become the 26th President of the national Camogie Association in 2003.

She led the first sign of bold marketing within the organisation, including the 'chicks with sticks' campaign, during her tenure, in order to raise the profile of camogie and women in sport. She was also an accomplished referee, taking charge of the All-Ireland Camogie Finals of 1991 and 1993.

Outside camogie, Miriam served as a county and town councillor for many years, making huge contributions to local life, in everything from the Offaly Sports Partnership to the arts.