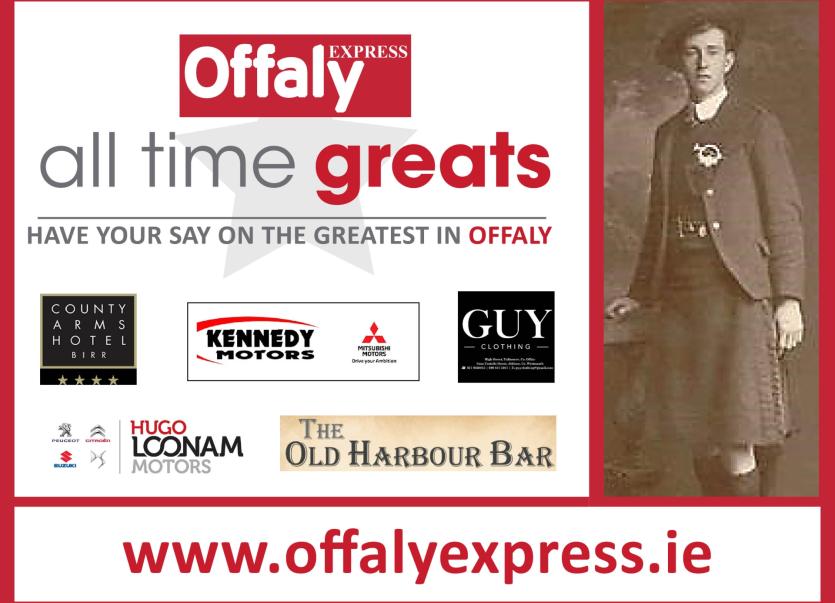 Eamon Bulfin was an Argentine-born Irish Republican who is famed for having raised the green flag embossed with the words 'Irish Republic' over the GPO during the 1916 Easter Rising. The son of William Bulfin of Birr, Eamon spent his youth under the tutelage of Padraig Pearse at his famous Scoil Eanna institution, going on to become captain of the Irish Volunteer Company.

He joined the Irish Republican Brotherhood in 1913 and began preparing for the Easter Rising. Following his role in the rebellion, Bulfin was sent to Frongoch Prison in Wales, like many other volunteers, but he was spared and deported back to Argentina. In his absence in 1920, Bulfin was elected to, and subsequently made chairman of, the County Council of the then named King's County.

The county became Offaly during his term, making him a somewhat spiritual catalyst for the birth of the 'Faithful' county as we know it today. He died on Christmas Eve, 1968, and is buried in Birr.