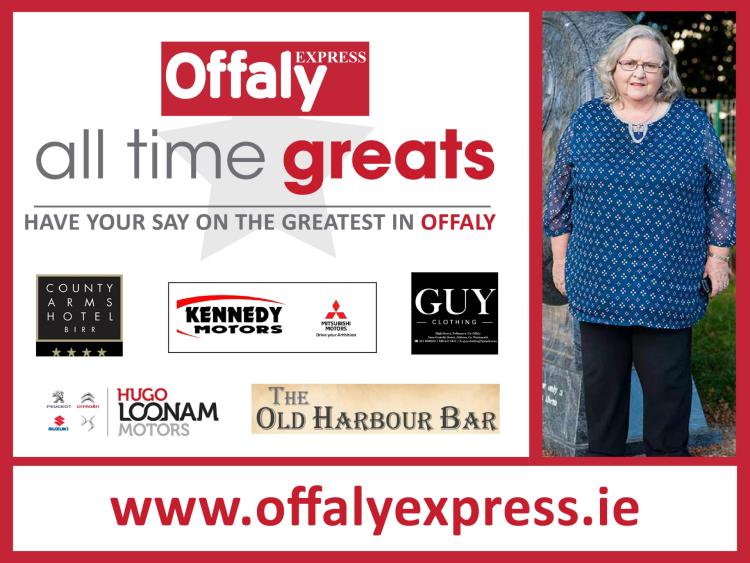 The mother of Fiona Pender, who went missing from Tullamore in 1996, Josephine spent the rest of her own life searching for answers, keeping her daughter's memory alive for more than 20 years before her own death in 2017.

Josephine endured huge tragedy in her life, from her son Mark's death in a road accident in 1995, Fiona's disappearance in 1996, and her husband's suicide in 2000. Despite this, she remained undefeated, along with her other son John, in her quest to discover Fiona's fate. Every year she renewed her appeal, made numerous media appearances and calls for help.

She died a resilient woman, a mother, and truly, one of Offaly's greatest; a testament to human spirit.