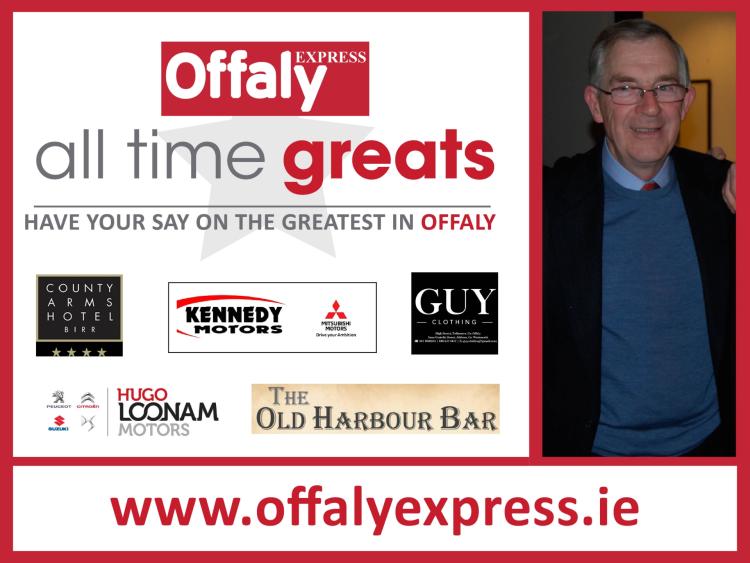 Despite being a goalkeeper, Tullamore's Martin Furlong was named 'Footballer of the Year' in 1982 following Offaly's historic All-Ireland final win over Kerry. The accolade is testament to Furlong's influence on the Offaly team for over a decade, a period that saw him win three All-Irelands, including the county's first ever title in 1971, and its second the following year.

In the 1982 final, long-remembered for Seamus Darby's famous goal, Furlong was inspirational, saving a penalty from the inimitable Mikey Sheehy to keep Offaly within touching distance of the five-in-a-row chasing Kingdom at a crucial juncture in the game.

He was named an All-Star on four occasions and also lifted three Dowling Cups with Tullamore. He played well into his 30s, making him one of Offaly's elders during that Faithful 1982 run, and inevitably, a legend.