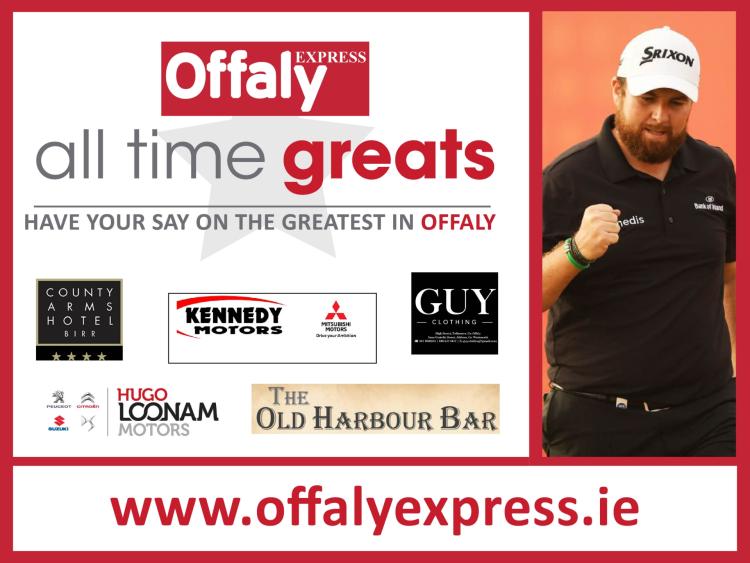 Offaly's most internationally recognisable sportsman, Shane Lowry has made a name for himself as one of the world's top golfers. He burst onto the scene thanks to his historic win in the 2009 Irish Open while still an amateur, becoming just the third amateur ever to win on the European Tour.

He quickly turned professional, enjoying a win in the Portugal Masters in 2012 before enjoying his most recent and biggest victory in the 2015 WGC-Bridgestone Invitational, beating former US Masters champion Bubba Watson by two strokes, and a field of the world's top golfers, in the process. And he started in 2019 in style with a tremendous win in Abu Dhabi.