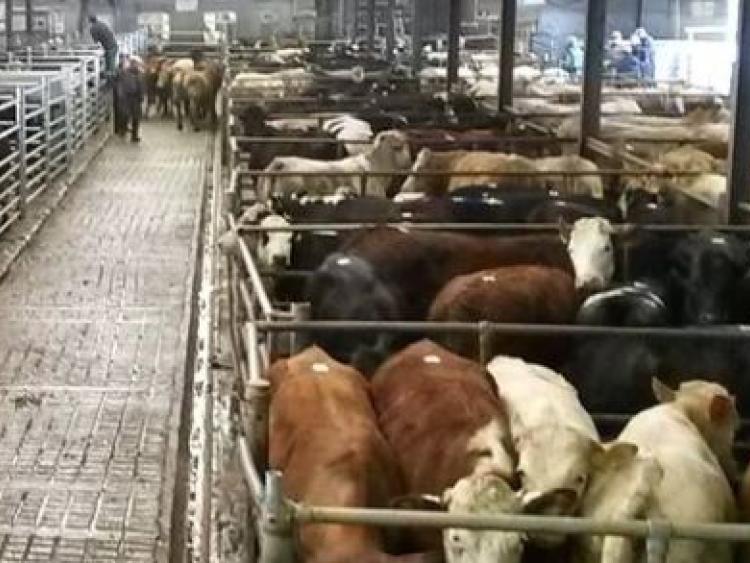 Antoinette Daly, Manager of GVM Martin in Tullamore, says buyers must be allowed back at ringside

THE online system at marts is working but buyers must be allowed back at the ringside, the Manager of GVM Mart in Tullamore has stated.

Antoinette Dally made her comments in the wake of ongoing calls for Covid-19 Level 5 restrictions to be eased to allow marts have ringside buyers under strict social distancing rules.

Independent TD Michael Fitzmaurice made a submission to Tanaiste Leo Varadkar on Tuesday calling for a limited number of ringside buyers to be allowed access to marts.

IFA President Tim Cullinan said that the Government needs to review the Level 5 operating procedures in marts as a matter of urgency.

"The system went down in several marts this morning which caused huge issues as the cattle were already in the marts waiting to be sold," he said on Monday

"The reality is that relying on the 'online only' system is too ambitious. The system has been bedding down well as a complementary system to bidding at the ringside. However, clear challenges have now emerged related to broadband and the ability of systems to cope with the volume of cattle and bids during what it a hectic time of the year," he said.

Irish Cattle and Sheep Farmers Association beef chairman Edmund Graham said the chaos at 17 livestock marts on Saturday due to the collapse of the online bidding system means there needs to be an urgent change of mind on how marts operate under Level 5 of Covid restrictions.

“The chaos witnessed with both farmers and animals stressed out of it from hanging around at marts is indefensible. Farmers with stock to sell had to wait around not knowing if their stock could be sold. It is clear that exclusive dependence on an online system is not tenable. Even if the system did not collapse, ICSA has repeatedly tried to highlight that lots of people in rural Ireland do not have access to reliable broadband. It is not acceptable that people who need to sell livestock to pay bills are discommoded to this extent. Equally there are people who need to buy livestock to ensure their business can continue.”

Antoinette Daly said the online system crashed on Saturday during a pedigree sale in Tullamore. “There were just 43 animals so it was delayed for a few hours and resumed at 3pm. But if that had been an ordinary sale on Monday or Thursday with 600 to 700 animals the whole thing would have to be called off,” she pointed out.

Mr Daly said the online sale on the Bank Holiday Monday, with 700 cattle, went ahead as normal and there was no problems.

IFA President Tim Cullinan said some buyers are also not yet comfortable with the online system, and farmers are concerned that the market will not function fully as these buyers will not be bidding," he said.

"Everybody is doing their best, but the protocols need to be reviewed to allow a limited number of buyers around the ring," he said.

"The Autumn trade is crucial, and it would be hugely disruptive if trade could not continue or if the market was compromised. I have contacted the Minister again this morning. We need to allow some level of in-person trading once social distancing and other guidelines are fully and rigorously followed," he said.