Tullamore CTC had a very successful first round of the Buckley Cycles Midland Interclub League which kicked off with a Team Time Trial in Horseleap on Thursday, April 18. Nine teams with three riders on each team raced against the clock over the 20.3km circuit from Kilbeggan to Moate and back to Horseleap. 14 TCTC riders made their Midland League debut which is a fantastic achievement for the club. Tullamore CTC won the three divisions on the night. Richard Wyman, Szymon Kowalski and Bradley Turner won the A/B competition in 27m 24s. In the Cs, the team of Morgan Byrne, James Corcoran and Michael McConigley claimed 1st just 17seconds ahead of another TCTC team comprised of Dermot Keyes, Paul Reape and Tom Fox.
Donagh McArdle, Aidan McNamara and Ger O'Connell gave an experienced performance for 4th. In the Ds, Róisín Galvin, Martin Dooley and Liam Mulhall were the 1st team, followed by Mary Daly, Lar Tierney and Adrian Martin in 2nd. Paula Scott, Ronan Spollen and Shane Geraghty were 3rd followed by the Scullys; Mick, Glenn and Eddie in 4th position. 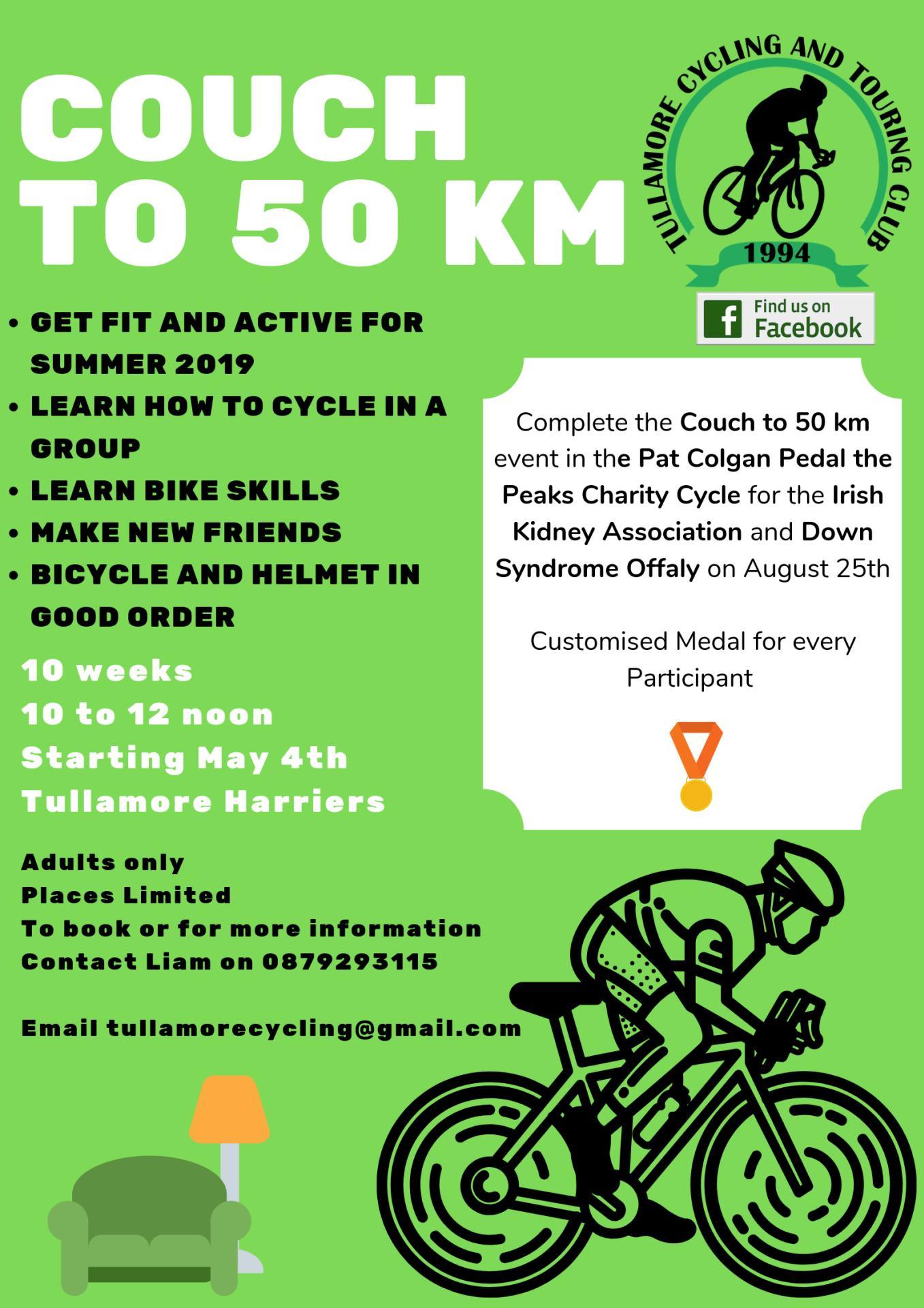 The sunshine and warm temperatures last weekend made for perfect cycling weather and Tullamore CTC members certainly made the most of it. The green and black jersey was spotted on the roads of the Midlands over the long weekend. Edenderry’s Team 905 hosted their annual sportif last Saturday in memory of Pat Jones. Many riders had clocked 130km on return to Tullamore. By all accounts, it was a very well organised event enjoyed by many TCTC members.

TCTC racing squad travelled to Rathdowney on Easter Sunday to compete in Ras an Laois. Well done to all who took part; Peter Gillespie (A3), Dermot Keyes, Michael McConigley, James Corcoran, Morgan Byrne, Pat Donegan and Damien Dunne(A4). Thanks to those who travelled to support the team.

Well done also to the veterans who were racing in Dundalk on Sunday; Vinny Wyer, Tom Fox Mick Scully and Eddie Scully.

Ireland’s largest international stage race, Ras Mumhan took place over Easter weekend. The four-day race takes in some of the toughest and most challenging roads of Kerry and West Limerick. Tullamore man Gordon Boland made his debut for Team Gerry McVeigh and tested himself well on the gruelling 500km course. With 155 entrants, this race typically attracts elite cyclists from Ireland, Great Britain and Holland. Congratulations to Gordon Boland on this achievement.