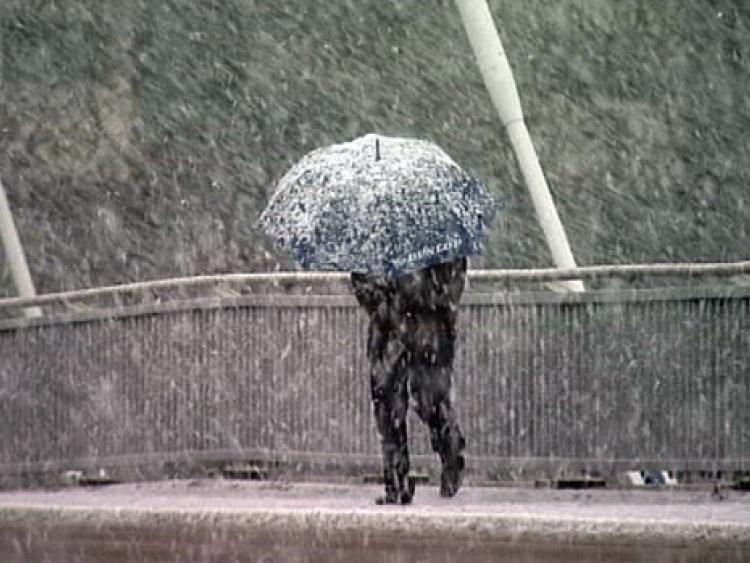 After some parts of Offaly along the Slieve Blooms woke up to a dusting of snow this morning, Met Éireann is predicting further hazardous conditions for Friday with strong winds possible.

The national forecaster said that Thursday night will be cold but mainly dry with just the odd isolated shower.

"There will be a lot of clear weather with frost and icy patches developing as temperatures drop back to between -2 and +2 degrees, coldest in the eastern half of the country. Moderate northwest winds will become light overnight with some mist and fog patches forming," they said.

"There will be a cold, crisp and frosty start on Friday, with good spells of sunshine at first. Cloud will thicken from the west through the morning in a freshening southerly breeze. Rain will push into Connacht, Ulster and north Leinster through the day, with patchier rain in the south. Becoming increasingly windy through the day with strong and gusty southerly winds countrywide by evening and gales expected in western and northwestern coastal areas. Highs of 9 to 11 degrees.

The latest forecast continued: "Parts of the east will start off dry on Saturday but heavy and persistent rain will spread countrywide through the morning, eventually clearing to showers later in the afternoon. Fresh south to southwest winds will veer westerly with the clearance of the showers. Highs of 11 to 13 degrees.

"There will be a mix of scattered showers and clear spells on Saturday night. Lows of 2 to 5 degrees with some frost patches and light to moderate southwest winds.

"It will be drier and brighter on Sunday with good spells of sunshine and scattered showers. It will be a cold day with afternoon highs of just 5 to 7 degrees in light westerly breezes."