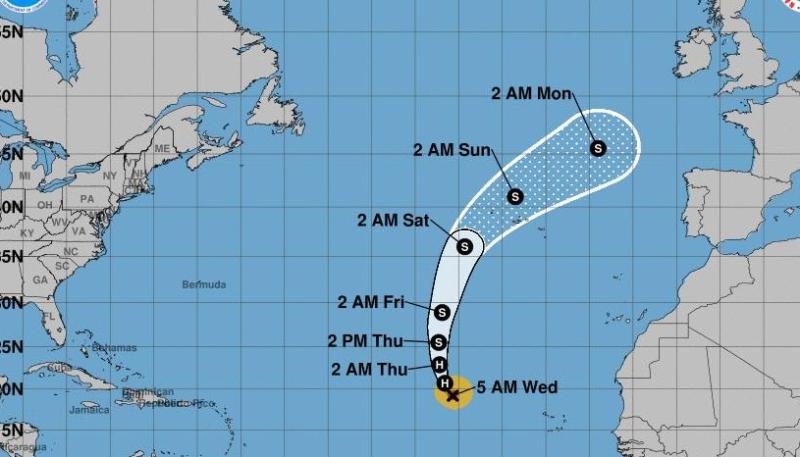 An Offaly weather forecaster has predicted the arrival of Hurricane Helene over Ireland in the early days of next week.

Cathal Nolan from the Midland Weather Channel, said, "over the past number of days I have been monitoring the projected path of Hurricane Helene, with the latest guidance from the available weather models indicating that the remnants of hurricane Helene will impact Ireland sometime between next Monday and Tuesday."

"It’s important to stress that by then Helene will have been downgraded to a post-tropical depression, having lost its hurricane status crossing much cooler waters in the Mid-Atlantic," Cathal added, "however, projected wind speeds across southern and eastern areas of country could still hit 110-130 kph."

"Heavy rain may be an additional threat depending upon the location, track and intensity of Helene," Cathal stated.

He concluded by saying, "this is a developing situation, and one which requires careful monitoring over the coming days. At present it doesn’t look as though Helene will be as powerful as Hurricane Ophelia, however, all precautions will be taken when monitoring this storm."