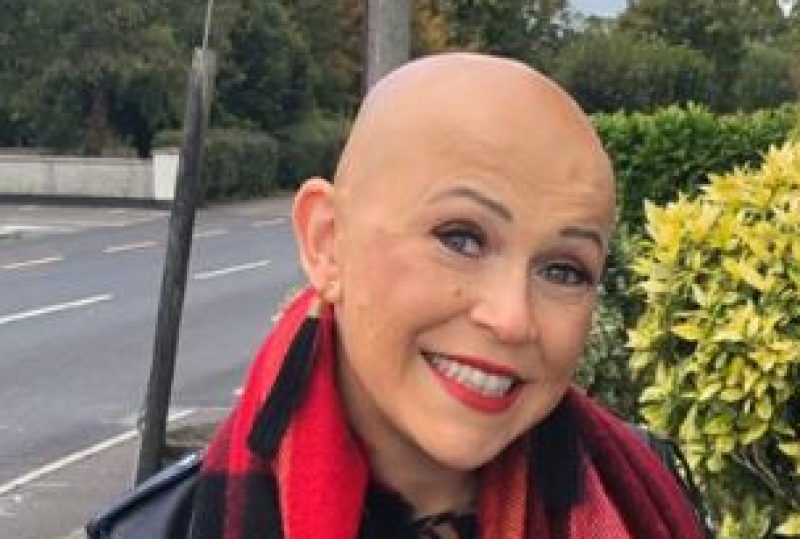 I was born in Mullingar hospital in 1979 and brought home to a lovely new house that my parents had built just outside of Longford town. My mam (Patsy Brown, formally Dolan) is from lovely Leitrim and my dad (Trevor Brown) hails from Burma. They had both left their respective homelands in search of a new life in London during the 60’s, fell in love, got married and moved to Ireland to start a family. I was 3 years old and my brother (Darren) was 10 when we moved to Tullamore where my dad had gotten a job in Irish Casings, in Spollanstown. I started school in Scoil Mhuire in Kilcruttin when I was five and then on to the Sacred Heart for secondary school.

Music and drama were always a huge part of my life. My dad had played in a show band ‘The Bandeleros’ all over the north west and my mam had been in the musical society in Longford before the big move to Tullamore so I suppose, it was only natural that myself and Darren would get involved in music as well. I started doing shows when I was 7 and as soon as I was old enough, I went and did the shows in St. Mary’s Youth Centre in Tullamore. In secondary school I was in the school choir. I remember getting up at the crack of dawn to go to school for choir, but sure I wouldn’t have had it any other way. Now, I’m a member of Tullamore and Clara Musical Societies and have been in many productions over the years. Without a doubt, my favourite to date has been ‘The Witches of Eastwick’ which we put on in 2016. We won Best Overall Show at the Association of Irish Musical Societies annual awards ceremony with that one. I’ve also recently gotten involved as chairperson of a new theatre group ‘Fun House Youth Theatre’ which will be offering drama and theatre workshops to the young people of Offaly. It’s all very exciting.

The best memories for me as a kid all involve food (which explains a lot really). With a Burmese daddy we didn’t sit down to meat, veg and spuds every night of the week, we ate a lot of rice and noodle dishes but curry was always a firm favourite for me. It still is and my dad’s is the best in town. He’s a great man for cooking up a storm and it is a whole day event. He spends the day cooking and then we all sit down to a feast! Even now, if daddy cooks a curry, myself and by brother are fighting over the leftovers!

I’ve travelled a bit, I studied for a year in Vienna and spent a summer in the Dominican Republic with some friends learning how to surf, wind surf, kite surf but I wasn’t very good at it. I was good at sitting on the beach drinking rum cocktails. Maybe a little bit too good at that!

Myself and my husband Micheal moved to Killeigh in 2011 and had our little girl Maia the same year but I don’t think we really got involved in the community of Killeigh until Maia went to school. She is an outdoorsy kid so loves playing out in ‘the ditch’ on the green in Millbrook Grove with all her pals. A couple of euro to head down to Gorman’s for an ice-cream or some sweets is a huge treat and she loves the independence. I love that she can go in there and that they know her.

Unfortunately, though, none of us are particularly sporty and so I for one am hoping that a community centre will offer something else. Maia seems to be following my love for all things music and drama so I would love to see a drama group being set up there. You’d never know maybe Fun House Youth Theatre might offer a few workshops...I’ll see what I can do, I know the chairperson!