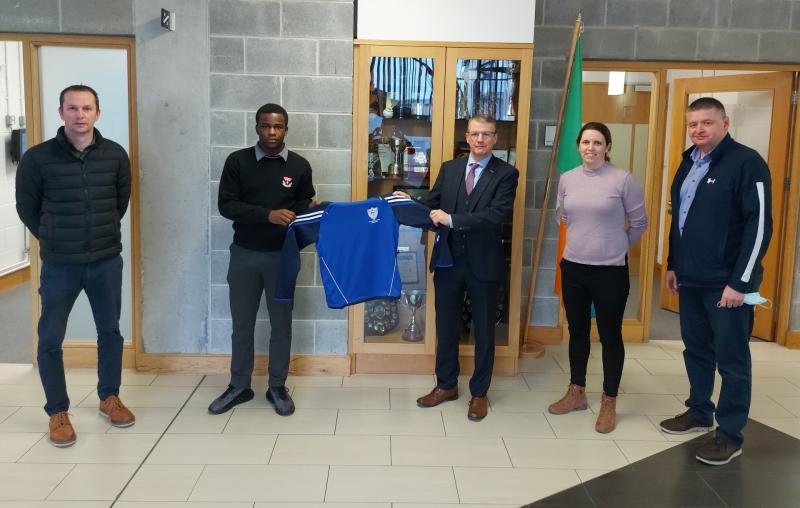 COLAISTE Choilm student Agbo Babatunde has been congratulated by his school for receiving a call-up to the Leinster Under 18 soccer squad.

Agbo is one of only 16 boys selected which is a remarkable achievement given that the Tullamore student himself is only 16 years of age.

Now plying his trade with Bohemians FC, Agbo has showed a maturity beyond his years by proving his versatility on the pitch.

“All at Coláiste Choilm congratulate Agbo on his Leinster Schools selection which makes him the first student from our school to receive such an honour,” said school principal Tadhg O'Sullivan.