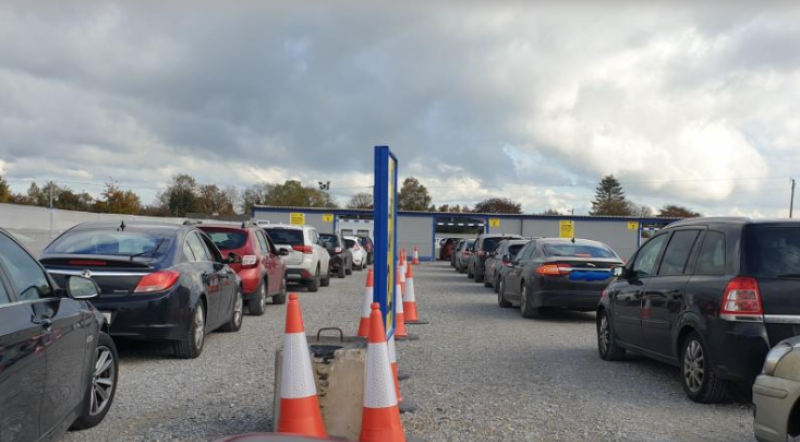 53,841 people have had a covid test in Offaly since the start of this year. This is a staggering number given that the population of the county in the 2016 census was 77,961.

It is also a dramatic increase from last year when during the height of the restrictions and lockdowns 22,408 went for testing between March and December.

The number of people going for a test in the county has been steadily rising since August 2021 when the figure for that month was 3,173. By September the numbers had risen to 8,171, the upward trajectory continued with 9,141 in October, finally rising to 11,460 being tested so far this month.

The figures are from the HSE’s Community Health Organisation 8, which covers the counties of Laois, Offaly, Westmeath, Longford, Louth and Meath.

Testing in Offaly takes place at the Covid Self Referral Testing Clinic at Clonminch in Tullamore. Appointments can be made online with times and dates available to choose from.

Meanwhile the Government is offering free Antigen testing to fully vaccinated close contacts of those who have tested positive. The tests are for those aged 13 or over who do not have symptoms of Covid 19.

In addition, booster vaccines are being offered to people who are aged 50 or older, those living in a nursing home or a long-term healthcare facility, or if you are 16 to 49 years with an underlying condition or a healthcare worker. People who already had a vaccine will be contacted with an appointment.

Participating local pharmacies will also be offering the booster vaccine to those over 60 and healthcare workers. Fahy’s Haven Pharmacy on Patrick Street in Tullamore is now taking the names of those who would like to have their vaccine there. A spokesperson said the vaccines are on order and they are hoping to have them in the next two weeks. If people want to avail of the vaccine they should ring the pharmacy and their name will be added to a list and when they become available they will be contacted.

As with the Covid vaccine there are 5 vaccines in each vial so the pharmacy needs to ensure they have five people ready and waiting. A spokesperson at the pharmacy said.

In addition they are offering the flu jab which is also in high demand this year and is available to anyone.