Mutasaabeq puts it all together for Joel Stakes victory 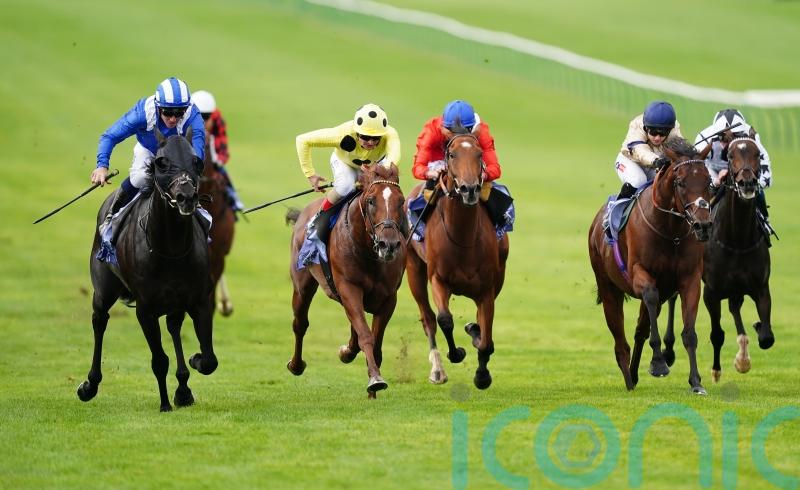 The application of blinkers had the desired effect for Mutasaabeq as the talented miler led from pillar to post in the Al Basti Equiworld, Dubai Joel Stakes at Newmarket.

A winner at Thirsk on his seasonal reappearance in April, the Charlie Hills-trained four-year-old went on to be placed in the bet365 Mile at Sandown and the Diomed at Epsom before being beaten a nose by Chindit in the Summer Mile at Ascot.

Mutasaabeq’s frustrating run continued when only fourth as a hot favourite for the Celebration Mile at Goodwood on his most recent outing, but he came good on the Rowley Mile under Jim Crowley.

A smart start took the 5-2 chance straight to the lead and he was able to control the pace throughout.

El Drama was always his pursuer throughout and ran a fine race on his first competitive appearance in 13 months, but Mutasaabeq found enough for pressure to prevail by three-quarters of a length.

Tempus, the 5-4 favourite to notch a fourth successive win, could be counted a shade unlucky in third having missed the break and been caught in a pocket before staying on late in the day.

Hills said: “He’d worked twice in the blinkers, we were happy with him so why not try it?

“He had a nice easy time of it in front and he has won here twice before, so he obviously likes it.

“He’s in the Challenge Stakes in a couple of weeks, so we’ll see how he is.

“He’s run two mediocre races at Goodwood so probably won’t go back there again, while at Sandown he was a little unlucky. He’s run some solid races this year.

“He’s a very sound horse and it’s nice to win a race like this with him. He just seems to enjoy it here, he’s won here three times now and is a horse with a nice action.”