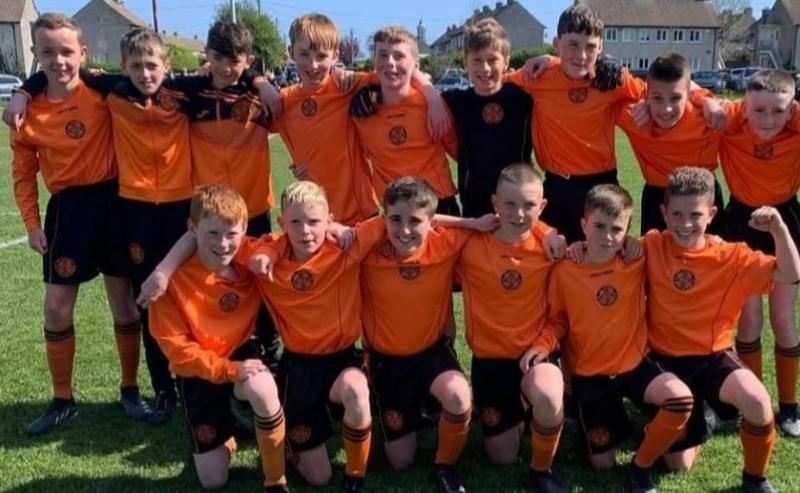 The St Kevin Boys Under 12 team featuring Tullamore boy Daniel Holton (back row, fourth from the right) which qualified for the final of the SFAI Cup

TULLAMORE youngster Daniel Holton will be playing in an SFAI national cup final after helping his St Kevin's team beat another Dublin side St Joseph's Boys in the semi-final.

Daniel scored a crucial second half equaliser in the Under 12 SFAI Cup semi-final before contributing to the St Kevin's winner 10 minutes from the end of a very competitive game against Joeys.

Qualifying for the national final capped a memorable Easter break for Daniel because he also scored a spectacular goal in St Kevin's Boys' 4-4 draw with the Manchester United Under 12s earlier in April.