Offaly TD says what we're all thinking about Declan Rice 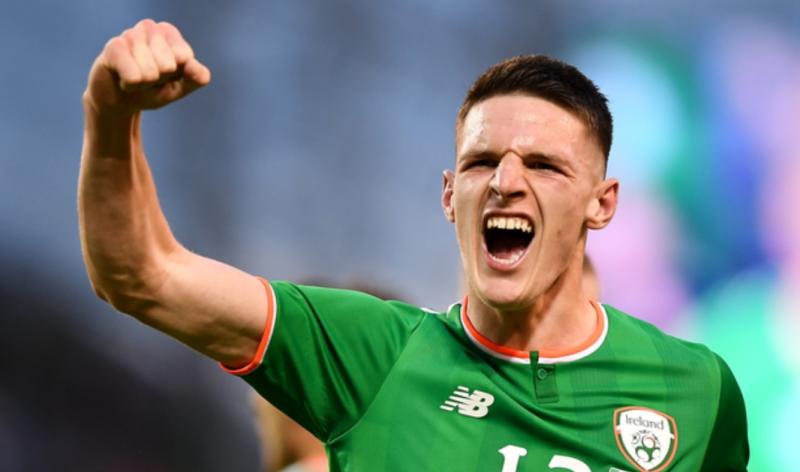 Rice during his underage playing days for the Republic of Ireland PIC: Sportsfile

The hotly fancied English side were held to a scoreless draw against Scotland in their Group stage game at Wembley.

Republic of Ireland defector Declan Rice lined out for England but failed to stamp his authority on the game while 20-year-old Chelsea ace Billy Gilmour impressed in the centre of the park for Scotland.

Rice infamously switched allegiances and declared for England after playing at underage level for Ireland.

Barry Cowen posted to Facebook after the gsme: "The Irishman Rice that we lost to England is overrated thankfully."

Many agreed with the Clara man with those on social media expressing their disappointment with the English performance on the night, particularly Rice and his midfield colleagues in white.

Fellow Irish underage player Jack Grealish was a second half substitute for England but he too failed to unlock the Scottish defence.

In the end, Scotland had the better chances and could have won the game late on.

England will play the Czech Republic next with Scotland going up against Croatia in their final group game.