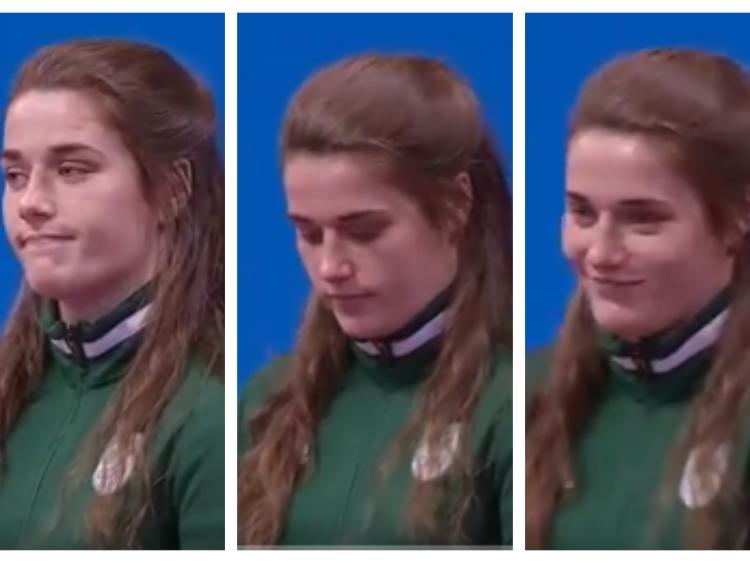 WATCH: Offaly boxer sees the funny side as name is mispronounced during European medal ceremony

Offaly boxer Grainne Walsh was able to shrug off the "joys of having an Irish name" after the arena announcer brutally mispronounced her name during her medal ceremony last week.

Grainne claimed a bronze medal at the European Games in Minsk after victories over Britain’s Rosie Eccles and Finnish European champion Elina Gustafsson.

During the medal ceremony, the stadium announcer had a shocker, calling out 'Gray-nee' Walsh as the bronze medal winner, prompting a hilarious reaction from Grainne.

Taking to social media afterwards, Grainne said: "Glad to see so many people get a laugh out of my name being mispronounced on the podium. The joys of Irish names."