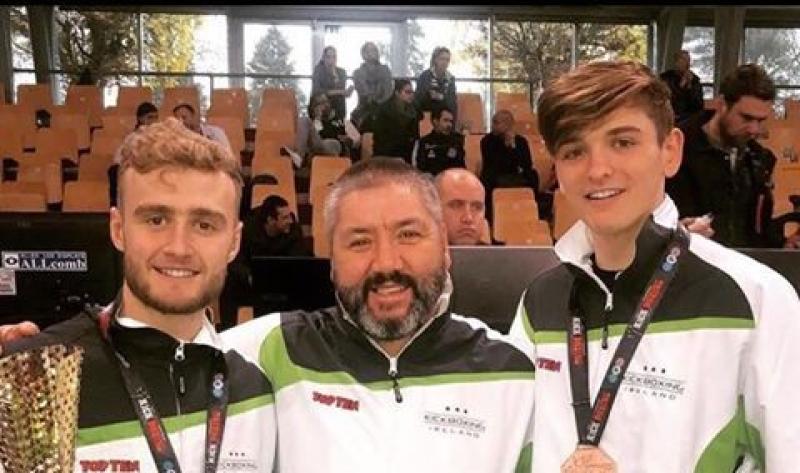 Local kickboxer Conor McGlinchey is making a name for himself in the USA.

Conor, who is a native of Carbury, not far from Edenderry on the Kildare/Offaly border, is currently taking a year out before going to college and is based in San Francisco fighting with American Team Proper.

He is training and fighting under the watchful eye of coach Junior Salientes.

Last week he competed for the first time as a senior in America in Chicago at the AKA Warrior cup where he fought his way through a large section to the finals.

Next weekend he heads to New York to compete before coming home for a few weeks to compete with his Irish club Tallaght Martial Arts and coach Dave Heffernan at the Irish Open.

Already a World and European Champion at Junior level, Conor is now making his mark at senior level on both sides of the Atlantic.

2019 is looking good for this young athlete who was recently awarded overall athlete of the year at the national kickboxing Ireland awards.