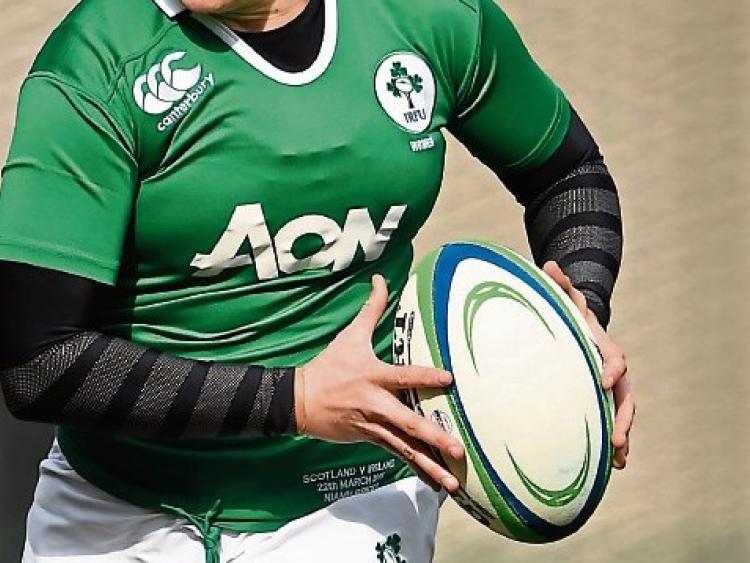 There are ten changes to the side that lined out against England in the final round of last season's Six Nations. Tullamore woman Ailsa Hughes and Ferbane's Michelle Claffey have made the starting line-up while Tullamore's Nichola Fryday has been named among the substitutes.

In what will be Adam Griggs' first November Test in charge of Ireland, he has included four uncapped players in a squad that has a balance between new talent and experience. Tickets are on sale now from ticketmaster.ie. The game will be live streamed on Irish Rugby TV on YouTube and here on IrishRugby.ie.WATCH: Offaly rugby star speaks ahead of USA clash

As well as debuts for Lauren Delany, who came through an IQ Rugby screening day, and Munster's Laura Sheehan in the back-three, there are first starts at this level for centre Michelle Claffey, hooker Sarah Mimnagh and flanker Edel McMahon.

Galwegians star McMahon joins the 62-times capped Claire Molloy and captain Ciara Griffin in the back row, while Interprovincial champions Leinster provide the half-back and centre pairings as Nikki Caughey and Ailsa Hughes are tasked with directing the back-line and the in-form Claffey and Sene Naoupu join forces in midfield.

The new-look back-three, anchored by the Dublin-born Delany, also includes Sheehan's UL Bohemians club-mate Eimear Considine who is back for her first Ireland appearance since the 2017 Women's Rugby World Cup on home soil.

There are two more newcomers on the replacements with promising 21-year-old St. Mary's hooker Emma Hooban, who hails from Portlaoise, and Ballinasloe starlet Beibhinn Parsons looking to win their first caps. Converted flanker Jeamie Deacon could get some game-time in the back row too.

Parsons will become the youngest player to wear the green jersey in a senior international match as she only turns 17 later this month. She has come through the Women's Talent ID programme, winning a European bronze medal with the Ireland Under-18 Sevens team and following up with a Home Nations U-18 Sevens title in July when Griggs coached the Irish girls.

She was also a driving force for the Connacht Under-18 Women in the 15-a-side game, helping them claim the Interprovincial crown this season, and just last week was on the victorious Ardscoil Mhuire side that claimed the National Girls X7s title at Energia Park.

Speaking about the team announcement, Griggs said: "We've named what we believe to be an exciting side for this weekend's game, with a blend of experienced players along with some new faces who have impressed across the Women's All-Ireland League and the Interprovincial Championship.

"We've had some really good preparation over the last two months in camp and the competition amongst the squad has really driven our standards, which in turn has raised the quality of our rugby throughout the side. Selections were not an easy task and the players chosen to represent our squad and the jersey this week have stood up and worked hard to earn their selection."

"This will be the USA's third Test match in as many weeks, which I'm sure has given them the chance to bond and gel as a squad. They had two tough games against the Black Ferns and England that they will certainly have learnt a lot from."

"Come Sunday there is no doubt they will be match ready for us which will be the challenge we must rise to from the start. It's an exciting two weeks for this squad and we hope to see a big turn-out on Sunday at Energia Park to support the team."