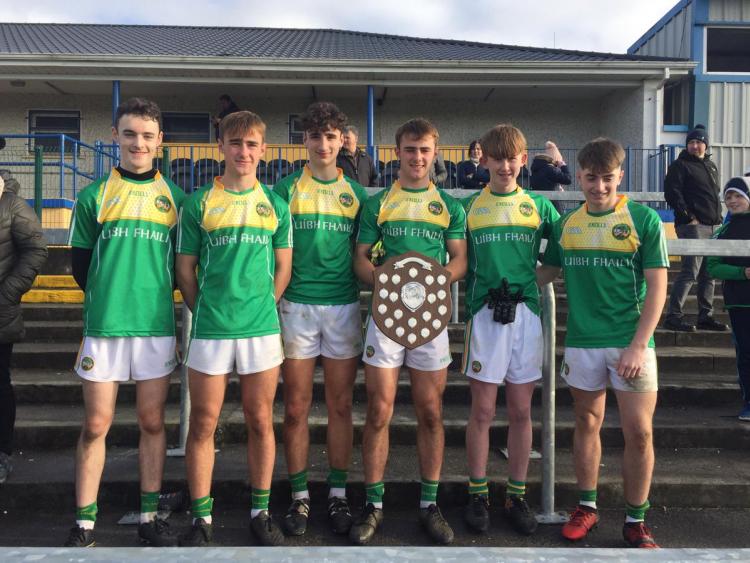 Offaly lifted the Fr. Manning plate at the weekend with a four-point victory over local rivals Laois despite a gallant comeback from the latter, who trailed by 16 points at one stage in the second half.

Laois will feel this is a game that they left behind, as a glorious goal chance was coughed up just before the break, with Offaly’s third goal due to a mix up in defence with Laois hitting an endless amount of wides on top of that.

Laois reduced a 16-point deficit to four points come the full-time whistle, but in truth, Offaly were always ahead and never really looked like losing, with Corey White very impressive in the full forward line.

Offaly midfielder Morgan Tynan then got the games opening goal, after a superb solo run and finish to the back of the net, to give his side a five-point advantage and it left Laois chasing the game in the early stages.

Offaly had built up a seven-point lead before Corey White found the back of the net, after a superb set-up by Morgan Tynan, with White tapping home from close range and in truth it looked like it may be a one-sided contest at this stage, as Offaly held a ten point advantage.

Laois responded well though and 1-1 in succession from wing forward Paul O’Flynn reduced the deficit to six points.

Momentum was with Laois at this stage and a couple of more scores from the O’Moore county could have put them in serious contention at the break, but instead it was Offaly who registered the crucial points, adding five in succession before the interval, to leave the scoreboard reading 2-10 to 1-2 in favour of Offaly at halftime.

A poor kick-out from the Laois goalkeeper gave Offaly the chance to score their third goal and the Faithful county seized the opportunity, with Corey White finding the back of the net to give his side a 16-point cushion.

The game looked as good as over at this stage, but Laois refused to give up with a second goal arriving courtesy of Rioghan Murphy, ultimately though it was Offaly who held out for a four-point victory to claim the title.