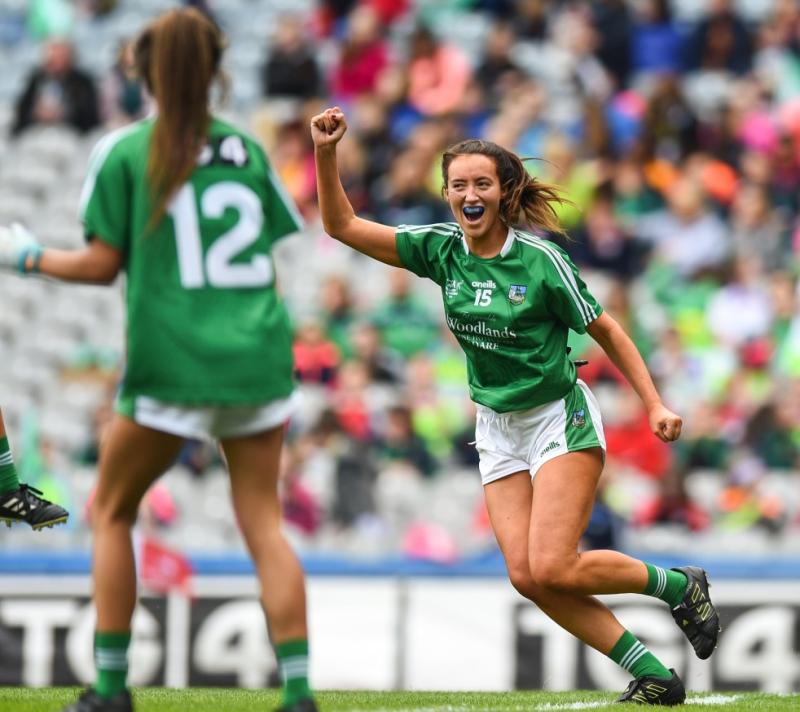 An Offaly woman wearing the green of the Treaty county grabbed many headlines over the weekend as she helped Limerick to an impressive victory in the TG4 All Ireland Junior Ladies Football Championship final.

A range of impressive goals in either way powered the John Ryan managed Limerick to a first title since the 2010 victory, which was also over Louth. Walsh Island native and UL student Mairead Kavanagh was instrumental, grabbing a personal tally of 2-2 from corner-forward.

The final score in this superb display was Limerick 5-6, Louth 0-8.

Three goals in a five minute spell after the mid-point of the opening half put Limerick in a commanding 3-2 to 0-1 lead at half time.

Limerick were slow to start and it was Kate Flood free that gave Louth the early lead.

But Limerick soon found their feet with some outstanding attacking play, full of support running.

Catriona Davis had Limerick off the mark with a 14th minute pointed frees after the Monagea star was off target with earlier efforts.

With the game level at the half way stage of the opening 30-minutes, Limerick then pushed home their dominance.

Within three minutes, the ball was back in the net and what a goal from Rebecca Delee - the Feohanagh-Castlemahon centre forward crashing to the roof of the net after Loretta Hanley had made the initial break through the middle and then support play from Cheallagh and Kavanagh found Delee.

In the 23rd minute came goal no3 and it was Offaly native Kavanagh again. This time the Ballylanders corner forward palmed to the net when a Davis free dropped under the crossbar.

That was it for the first half - Louth going 25-minutes without a score and Limerick with a 10-point interval lead.

On the change of ends it was again Louth that started the better and they finally ended 30-minutes of play without a score with a Kate Flood point from play. They added another two and it was Limerick 3-2 to Louth 0-4 with 10-minutes gone in the new half.

Then Limerick struck for the winning line with two goals in 90-seconds.

First it was Galway native Cliona Ni Cheallaigh with the finish after Kavanagh had won a long ball into the attack.

Before Louth could settle the ball was back in the net in front of Dinneen Hill 16 and it was a second for inter-county dual star Delee - this time a low drive to the bottom corner.

Limerick 5-2, Louth 0-4 and the game just about entering the final quarter.

As the game entered it's final 10-minutes, Kavanagh added a point to her tally and Limerick were 14-points clear.

Limerick introduced Dymphna O'Brien - veteran of the 2009 final loss and 2010 final win, and the Gerald Griffins star kicked a point to respond to Lauren Boyle frees for Louth.

O'Brien and Delee are both winners on the field of camogie with Limerick and another point from Delee extended the lead to 14-points with the winning line in sight.

O'Brien sealed the win with a second point.