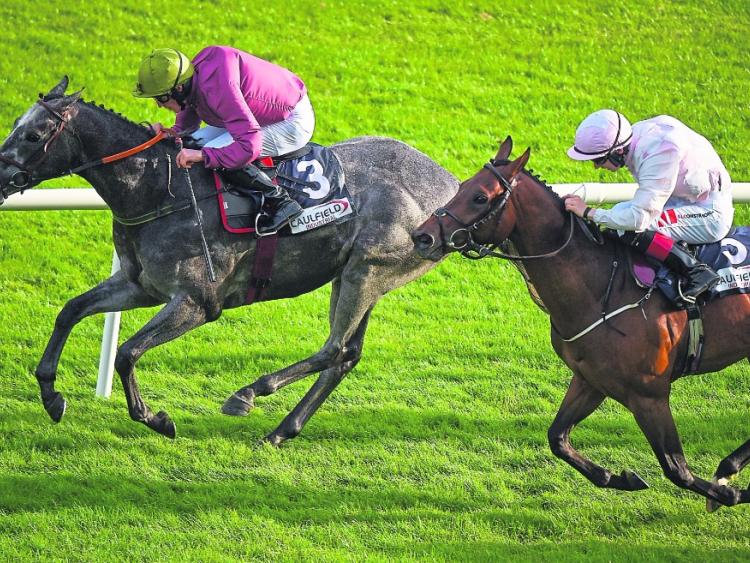 17:20 - Canardier is a worthy opponent to Willie Mullins' hotpot EXCHANGE RATE (11/10) here but it's hard to look past the Carlow handler. This horse has won all three of his starts so far, and most importantly here at this track in a maiden last year. Ruby Walsh takes the ride again after victory yesterday. Canardier won a good bumper at last year's Punchestown Festival and having been lightly raced since, he still presents a big threat.

17:55 - Joseph O'Brien has the favourite in this in the shape of Chateau Conti (7/2) but I'd side with his other runner, SUCCESSOR (9/1) with Barry Geraghty onboard. He was decent over hurdles and there was enough to like about his chase debut earlier this month to fancy him here. He made a few mistakes on the way around but rallied and finished with plenty of running left. He could be one to watch a big price with a super pilot on his back.

19:05 - Barring a wayward performance two runs ago, WOULD BE KING (2/1) is a model of consistency and has the class to get Ger Lyons and Colin Keane in the winner's enclosure here. He's been second or third in six of his seven starts to date, and while that shows good form, especially his run behind Gustav Klimt at the Curragh last summer, his lack of a win may suggest temperament issues. He might be the type to get lonely in front but the tight track at Galway ma well suit him and he handles yielding ground.

19:40 - DREAM WALKER (11/1) is a bit of a course specialist here having won in both the last two years, and may well run twice this week. He's run twice in each of the last two years, usually winning later in the week, but he has never finished outside the money. He's a good each-way price and he'll also handle the yielding ground. He's changed yards in the last 12 months, but now being Irish based as opposed to British based and enduring the journey is surely another positive.

20:40 - HASSELNOTT (6/1) was a good third here last season and has remained in good form since. He comes here on the back of a good third at Killarney. Yielding ground won't be an issue and he'll be finishing fast if held up as normal. This is a horse to watch out for late and could just give you a big run for your money.