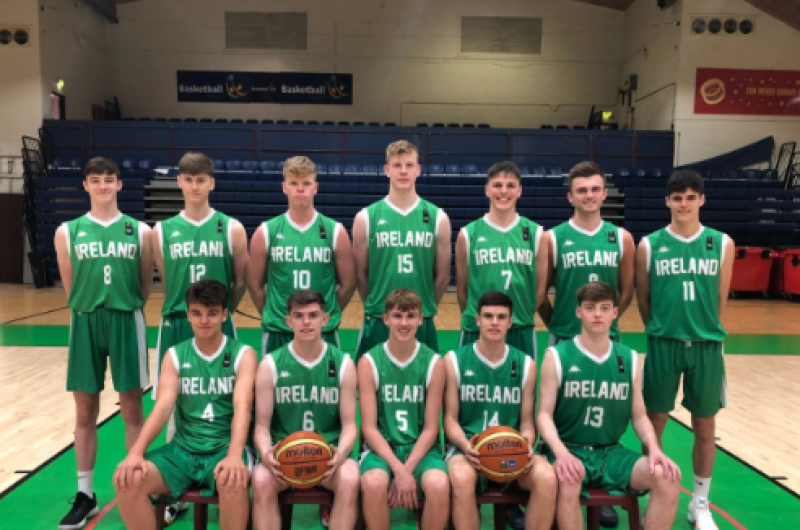 Offaly's Oisin Rice was in scoring form as Ireland helped themselves to third place at the FIBA Under 18 European Championship Divsion C in Kosovo.

Having gone out to hosts Kosovo in the semi-final, Oisin nabbed six points in Ireland's third-place play-off victory over Monaco at the weekend. He was instrumental throughout the tournament, scoring freely as Ireland won their four group games and emerged to challenge at the latter stages.

It was a 93-91 win full of drama with Limerick’s Nate Moore sinking a three-pointer with 2.3 seconds to go in the game to pull off the victory against Monaco in the bronze medal match.

Huge performances from across the team kept Ireland in control for the majority of the game - including a 21-point performance from captain Darragh O'Sullivan - but a late, late comeback from Monaco saw them take the lead with 30 seconds to go.

Galway’s James Connaire had ice in his veins at the free throw line to send Ireland ahead by one (90-89) with 20 seconds to go, but a turnover by the boys in green led to an easy lay-up for Monaco and they were ahead by one with the clock ticking down rapidly.

Nate Moore – who had been one of the sharpshooters for Ireland throughout the tournament – took it in his stride though, and with 2.3 seconds to go, found space and hit the three-pointer as the stadium erupted.

Speaking afterwards, Moore said: “My heart was in my mouth. Somehow we got the ball up the court and James found me with the pass and I just shot it. It’s unbelievable to have a bronze medal now, absolutely unbelievable.”

Also speaking afterwards an emotional head coach Paul Kelleher added: “We were absolutely wonderful today. It was heart stopping stuff – we knew Monaco would come back late, they’ve done it in all of their games, but the lads did the job and it’s nice to come home with the medal too.”