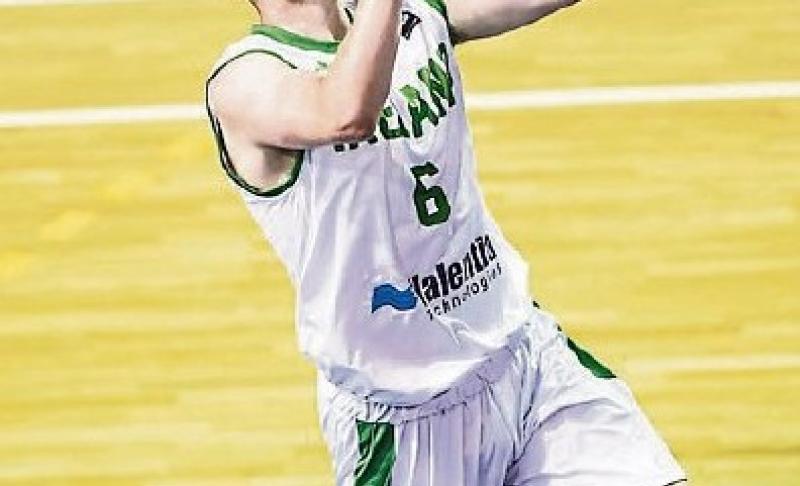 The Irish team had a huge 87-70 point win over Moldova in Kosovo.

The win sees Ireland top their group unbeaten, with four wins in-a-row in the group stages and now, they go on to face the host nation and one of the tournament favourites Kosovo in a semi-final showdown on Saturday evening.

Rice was one of the stand-out performers for the impressive Irish outfit:

Indeed, it was an all-round great team performance as Ireland took the reins of the game from very early on, stamping their authority on proceedings in the opening quarter with big scores from Eoin Nelson, Paul Kelly and Nate Moore putting them into a 30-13 lead at the end of the first.

They continued to assert their dominance in the second quarter, with Jay Kavanagh, Nate Moore and Cillian O’Driscoll getting on the scoring with some great finishes and, despite big play under the boards from Moldova, Ireland still held a commanding lead at half time, 49-33.

The third and fourth quarters followed in the same fashion, with Moore continuing to fire home some big threes, and scores from Oisin Rice, Conor Liston and Darragh O’Sullivan driving Ireland home in style to top their group and book a semi-final spot ona final scoreline of 87-70.

Ireland have a rest day this Friday before playing their semi-final on Saturday evening.

Speaking afterwards, head coach Paul Kelleher stated: “That was a nice win today and we’re very happy with the result. Our goal was to top the group, and now we’re into a semi-final."

“It’s a high standard tournament, we’ve had to fight for everything. Now we’re facing the home nation on Saturday - it's a hostile crowd with TV, so it’ll be a big occasion for us. It’s something we’re going to have to learn to deal with over the next 36 hours and we’ll prepare well for it.”